While U.S. Pipelines Face Siege from Extremists, China Moves Ahead

[Editor Comment: Pipelines here at home in the U.S. are ever harder to get done as extremist opponents tie them up in courts, but China is moving ahead ever faster.]

While pipelines in the United States face increasingly hostile legal challenges, China is seeing the importance of a national oil and natural gas pipeline network and is buying pipelines and storage facilities valued at 391.4 billion yuan ($55.9 billion). PipeChina was created in December 2019 to consolidate pipeline assets from the country’s state-owned oil and gas companies, as part of China’s reforms to incentivize domestic exploration and production.

Newly created PipeChina, known formally as China Oil and Gas Pipeline Network, is taking over oil and gas pipelines and storage facilities from state-owned companies, PetroChina and Sinopec, in return for cash and equity in the pipeline company worth almost $56 billion. PipeChina was created to provide neutral access to China’s pipeline infrastructure to help small and non-state-owned companies, encourage investment, improve efficiency, and help China meet its energy needs. The deals are expected to be completed and PipeChina to be operating by the end of September. 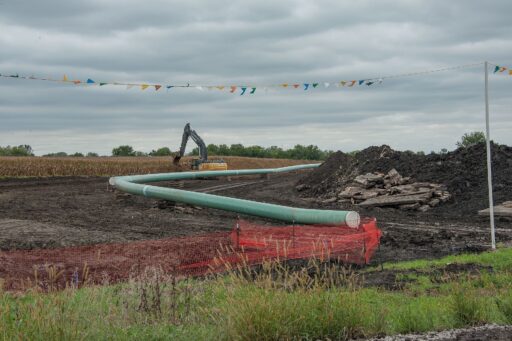 Pipeline projects in the United States that were slated for startup in 2021 are facing huge challenges from uncertain demand, lengthy court battles, and regulatory review. While some projects already under construction are moving forward, it is estimated by ESAI Energy’s North America Watch that 2.7 million barrels per day of new takeaway will be postponed.

First, there is the potential loss of the 570,000 barrel per day Dakota Access Pipeline and its planned expansion due to an issue with environmental permitting. Early in July a DC-based judge ruled that the pipeline needed to be shut down and emptied while a new environmental analysis be performed despite the pipeline operating without mishap for three years. The closure, if appeals fail, will cause bottlenecks as other pipelines fill up, resulting in more dependency on rail and weaker prices for Bakken crude, which had already been adversely impacted due to the lockdown from COVID-19.

Other pipelines affecting Bakken output are the 350,000 barrel per day Liberty pipeline that was deferred in March due to deteriorating economic conditions resulting from COVID-19 and the Tesoro High Plains pipeline that was ordered to shut down for the first time in its 67 years of operation. The Dakota Access pipeline and the Tesoro High Plains pipeline together ship more than one-third of crude from the Bakken shale formation to market.

The Tesoro High Plains pipeline delivers oil to Marathon Petroleum Corp.’s 74,000 barrel-a-day Mandan refinery. The Bureau of Indian Affairs determined the pipeline was trespassing on Native American land and found the company responsible for $187 million in damages. The lack of pipeline takeaway from North Dakota is expected to result in an increase in crude-by-rail of 300,000 to 350,000 barrels per day.

Other U.S. Pipeline Issues and Fatalities

Recently, Dominion Energy and its partner Duke Energy announced they were no longer moving forward with their $8 billion Atlantic Coast natural gas pipeline after years of delays and escalating costs. The Atlantic Coast pipeline would have transported natural gas 600 miles through West Virginia, Virginia, and North Carolina. The two companies had invested a combined $3.4 billion in the pipeline to date. Just five months before, Williams Co. canceled its Constitution natural gas pipeline after failing several times to obtain a water permit from New York State.

The Keystone XL pipeline also has a permitting issue, which is related to a U.S. Army Corps of Engineers’ permitting program, known as Nationwide 12, which allowed gas and oil pipelines to traverse wetlands and bodies of water. A May 15 ruling from a federal judge in Montana cancelled the use of the permit for Keystone XL, ruling that the U.S. Army Corps of Engineers failed to adequately consider effects on endangered species.

On top of these existing challenges, presumptive Democratic Party presidential nominee Joe Biden’s energy and environment advisor Alexandria Ocasio Cortez has introduced an amendment to block the U.S. Army Corps from using federal funding to issue permits under Section 404 of the Clean Water Act for “the discharge of dredged or fill material resulting from an activity to construct a pipeline for the transportation of oil or gas.” That would prevent the Army Corps from constructing, repairing or working on about 8,000 projects each year involving oil and gas pipelines that cross waterways.

China has recognized the necessity for an efficient and accessible pipeline network to further its expansion of oil and natural gas and provide its economy with abundant energy. In the United States meanwhile, environmental activists and their political allies—including an advisor to presidential candidate Joe Biden—want to keep fossil fuels in the ground and are using pipeline obstruction as the means to do so, filing legal suits that prompt the halting of pipeline operation and construction and even introducing legislation to block pipeline permits altogether.

Abundant and low-cost oil and gas are important to our nation’s recovery from the coronavirus economic lockdowns, but a Biden administration would turn away from those energy sources. Biden has vowed to steer the economy toward intermittent sources of energy and to revoke the permit for the Keystone XL pipeline that President Trump granted in 2017. As a result, more companies could follow Dominion and Duke and shy away from building new oil and gas infrastructure.

Right now, it appears that China is taking energy very seriously and investing in pipeline infrastructure for the future. In the United States, antipathy toward oil and gas has drowned out the science that shows pipelines to be safe and environmentally sound.