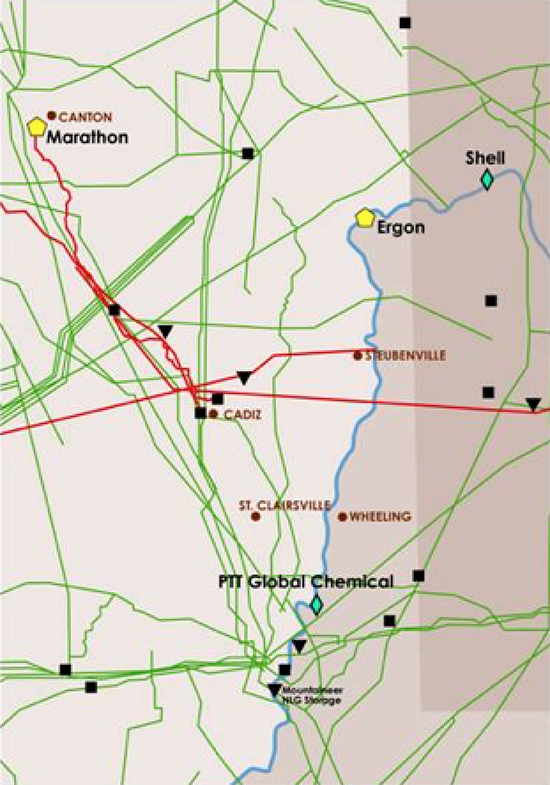 The Ohio River Corridor can:

The entire Appalachian Basin that surrounds us is rich with an abundant and low-cost feedstock. Here, you’ll find plenty of natural gas, natural gas liquids and ethane (C2H6) for your organization’s production needs.

Locating your enterprise close to such an abundant feedstock eliminates the need for pipeline transport costs from the traditional source in the Gulf of Mexico, which can often top 20 cents/gallon. We’ve heard from many companies that feedstock transportation and acquisition can top 30% of production. How can your company grow by reducing these unnecessary costs?

As production increases, the region is also expanding its ability to deliver NGLs. An already robust interstate natural gas transmission pipeline will continue to expand with four major NGL pipelines already built or under construction.

Currently, $23 billion in pipeline installation accounting for 3,200 miles of pipeline is planned or under construction. When fully built and networked, these pipelines will move more than 17 billion cubic feet of Marcellus and Utica natural gas and 345,000 barrels of NGLs per day. (2017, Energy In Depth)