The first thing you notice is the noise – a strange, low-octave hum growing louder as you approach across the fields.

It’s coming from a group of bland metal cabins sitting on land that was once used to grow wheat and barley.

Yet these new agricultural buildings are nothing to do with food production. Instead, they contain huge batteries storing electricity for the National Grid – a new form of crop for farmers scrambling to cash in on the ‘green’ energy revolution.

And, according to a troubling new report from leading physicists, these vast batteries amount to electrical bombs with the force of many hundreds of tons of TNT.

With the potential for huge explosions, fires and clouds of toxic gas, they could devastate towns and villages nearby, says Wade Allison, emeritus professor of physics at Oxford University and co-author of the report.

So, solar has a downside, you say? Well, yes, based on this Tweet:

But I Was Told Oil and Gas Pollute!

Many years later, it’s now clear Al Gore’s “Inconvenient Truth” was but a convenient way for him to enrich himself, but…

One such “inconvenient truth” for environmentalists is that the past four years of historic levels of energy deregulation in the United States have been accompanied by record declines in greenhouse gas emissions.

According to EPA data, greenhouse gas emissions from large facilities decreased by more than 14 percent from 2011 to 2019, during a period when EPA began tracking more sources. Over the same period, power plant emissions alone decreased by 25 percent.

Magnificently, these achievements occurred during a period when the U.S. was increasing its energy supplies. U.S. energy production went up by 5.7 percent in 2019, and the United States achieved energy independence – producing more energy than we consumed – for the first time in 62 years.

What this meant for Americans was more affordable energy and higher-paying jobs at a time when emissions were cut by more than the goals set in the Paris Accords.

How sweet it is!

Green Is Really Blue When It Comes to Hydrogen

The older one gets, the more one learns things are seldom as they are made to seem.

The EU is cheering a new hydrogen project at a refinery in Germany.

The plant will be built by Shell and ITM power and will be able to produce about 1,300 tonnes of hydrogen per year, which can be fully integrated into the refinery processes, such as for the desulphurisation of conventional fuels. It will be the world’s largest hydrogen electrolyser…

We noted a strange description of how it will work in a Euractiv article sponsored by the Fuel Cells and Hydrogen Joint Undertaking, a public-private partnership between the EU and the European hydrogen lobby. According to the article, the new plant will produce around 1300 tonnes of green hydrogen annually, provided sufficient amounts of renewable energy are available. 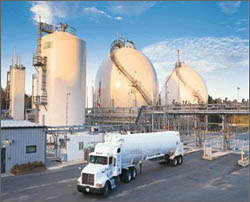 If they are not, the alternative will be to used natural gas to produce the hydrogen. And funnily enough, hydrogen produced by the new electrolyser will be used to refine petroleum at Chemicals Park Rheinland, Germany’s largest refinery.

We thought it was strange that Laschet would tout a renewable project given his backing for coal-fired power plants and general aversion to all things green. But we wonder now whether Refhyne will be green after all.

We think it is plausible that the EU’s hydrogen development will wind up being dependent on Russian gas.

When it comes to ‘green energy,’ it’s all about the virtue signaling and the money to be made in green eggs and scam.