The Foundations Behind Green Energy Scams Are Also Ruining America

Tax-exempt foundations are financing the politics behind green energy scams while also undermining America and its middle class.

Anyone who has followed this blog for any length of time knows I have repeatedly emphasized the role of tax-exempt foundations, supposed charities such as the NRDC and the Sea Change Foundation, in pushing the green agenda and lobbying for their personal interests. The NRDC gang wants Upstate New York for itself, among other things, and the Simons family uses its Sea Change Foundation (and its effective subsidiary the Energy Foundation) to push for green energy competitive advantages that benefit its investments in solar, investments requiring lots of green government rent to achieve a financial return. This is just the beginning, though, because tax-exempt foundations are at the root of so much that is wrong in America today. 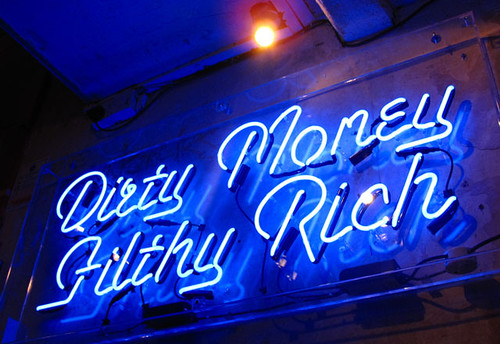 I have labored long to tell the story of how tax-exempt foundations are behind green eggs and scam. I have begged for the industry to take them on frontally by challenging their tax-exemptions. I have spoken to rooms full of energy industry lawyers on the subject, suggesting the same thing.

None of it has produced the fruit I desired. Too much of the industry imagines appeasement is a better approach, although it’s never worked and cannot. And, even those who recognize appeasement as the literal dead end it is, are inclined to play defense rather than offense. Meanwhile, foundations grow in assets and influence and represent an ever greater threat to the industry.

It’s much more than the industry, though, that’s now threatened and no one tells the story better than J.D. Vance, the author of the Hillbilly Elegy. It is the best book one can read to understand what corporatists, leftists and our American plutocracy are doing to America’s middle class. Vance spoke recently at a Claremont Institute conference and some of his remarks are captured here. I highly recommend you read the whole thing, as Vance addresses how foundations fit into the dark picture. Here’s a bit of what he had to say (emphasis added):

Across our country we have non-profits, big foundations that are effectively social justice hedge funds. The Ford Foundation has $14 billion in assets under management. Their leadership is serving on many of our corporate boards, and of course the corporate boards of some of our biggest companies are serving as the leadership of the Ford Foundation. They’re investing in are Critical Race Theory, they’re investing in the racial division all across our country, and they’re invested in all of the progressive social causes of the moment. They are one of the biggest investors in the Black Lives Matter movement that destroyed many of our towns and cities last summer.

Now if a middle-class American wants to sell his house that he lived in for 30 years and makes a profit on the sale, he has to pay taxes on the gain, over a certain exempt amount. But if the Ford foundation sells $200 million of property in an investment transaction, they pay zero tax, because our public policy has enriched and prioritized the foundations and the non-profits that are destroying our country. This matters because if you work in private equity, if you’re a hedge fund manager, or if you’re just a business that needs money to operate, you have to go to these people to get the capital to do what you need to do….

We should eliminate all of the special privileges that exist for our non-profit foundation class. If you’re spending all your money to teach racism to our children in their schools, why do we give you special tax breaks instead of taxing you more? When Biden raises taxes, the rich won’t pay the brunt of this. They’ll give money to their foundations, which will use it to push their progressive agenda. They’ll be saved from the consequence of the tax increase even as it will empower institutions that hate us. We need to stop that. The decision to give those foundations and those organizations special privileges is a decision made by public policy. We need better public policy, and a willingness to actually go after the institutions that are trying to destroy the American way of life.

These are exceptionally wise words from someone who was raised in a  middle class family, saw the corporatist destruction from the ground up and later worked in high finance himself to see things from the inside-out as well. He speaks the truth. When will the natural gas industry—the one industry that still resonates as the best of blue collar America—take on the battle that must be fought against these foundations? Does it have the will?

I’m doubtful, to be honest, giving the rising tide of political correctness and wokism. More to the point, does the American middle class have the wherewithal and the interest in fighting back against the gentry class and their tax-exempt foundations? I’m confident of the former, as nothing begets political action as much pitchforks, but I’m less sure of the latter.

That’s because the phrase “tax-exempt foundations” is one difficult to even explain, let alone persuade others to rally around. J.D. Vance, though, has put it all in context and perhaps there is yet hope there will be a “tax the bastards” moment. I’m no tax and spend guy, but this income hiding and lobbying at public expense by the gentry class needs to be squashed, and now, before the middles class is fully obliterated. It’s us or them.