As we told our readers last month, Senator Lisa Baker’s DRBC takings bill, has been reintroduced as SB 305, the “Delaware River Basin Commission Eminent Domain Activity Act.” Now, Rep. Jonathan Fritz has also introduced the bill on the House side as HB 827 to bring some much needed justice to landowners in “the one neglected part of the Commonwealth where landowners are not permitted to develop and market their gas because some New Yorkers might not like it. It’s a direct challenge to Governor Tom Trust-Funder Wolf’s double-standards.” I testified on the subject a few minutes ago in Harrisburg and here is what I said. 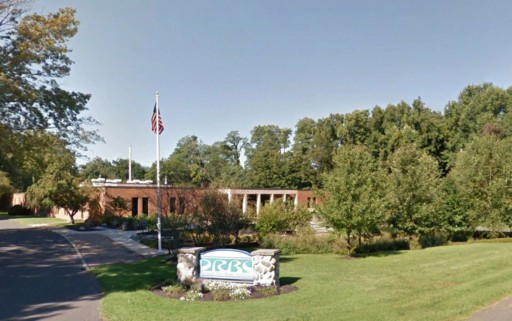 I am here today to speak about the Delaware River Basin Commission Eminent Domain Activity Act, which I support. It is simply a matter of justice; equal justice under law. Those are the words emblazoned on the front of our U.S. Supreme Court.

And, Pennsylvania’s response to the political theft of DRBC region landowners’ property rights will test its commitment to this most fundamental of all Constitutional protections afforded us as Americans.

The bill before you for consideration, HB 827, advanced by my good friend and State Representative Jonathan Fritz, is the proper response to this outrageous theft. It is to put the burden of the theft on those who are perpetrating it.

The bill does so by calling out the crime; the usurpation of rights enjoyed by landowners in the Susquehanna River Basin, and everywhere else in the Commonwealth, to Delaware River Basin landowners. It also prescribes the penalty; reimbursement for what has been stolen.

The DRBC, which is run by the same governing majority of members as the SRBC, is picking economic winners and losers in Pennsylvania based on political ideology, allowing natural gas development in the SRBC region and denying it DRBC.

This is despite the fact the DRBC majority has the evidence in hand, from ongoing continuous water quality studies showing there’s been “no discernible impact on the quality of water resources” on the Susquehanna side. That’s not equal justice under law.

The DRBC, somehow, based on what can only be described as the reading of entrails, claims superior authority to protect water quality from purely speculated risks. They propose to use it to ban an otherwise legal activity, despite overwhelming evidence to the contrary from the SRBC.

More importantly, they ignore the water quality standards already applied in both basins under the Clean Water Act and the Clean Streams Law, standards any water user must meet without discrimination. The natural gas industry is able to meet the very highest of these. That, of course, is why the DRBC now seeks to throw those standards to the wind and impose a ban being imposed on no other industry or land use. That’s not equal justice under law.

The DRBC proposes a ban on natural gas development. Those who own nothing but natural gas rights will lose 100% of what they own.

Those property owners (who, I might add, possess the dominant legal estate under Pennsylvania law) will have cause to file takings claims. They will, though, have lost all they own and may well not have the funds or the endurance for the lawsuits necessary to get back what is rightfully theirs. That’s not equal justice under law, not when government can steal what is yours and force you to spend your estate on legal fees to get it back. It’s theft.

It’s also theft for those who own both land and natural gas rights. Why? Because regulating away those rights, to leave landowners with only the residual value of the land for other uses, must be based on some evidence of an actual case for additional regulation.  Read the DRBC justification singling out one county in Pennsylvania to disallow natural gas development. You’ll be shocked at how shallow and speculative it is.

You’re drinking water today in Harrisburg, in fact, that comes from the Susquehanna River Basin, where we have a decade of experience with fracking. And, no one seriously worries about drinking it. Yet, the DRBC would have us believe Philadelphians and New Yorkers are somehow subject to unique risks based on nothing but mindless speculation.

Are we to ban all these things as well, based on the mere speculation they could happen again? No, of course, not. Only in the case of fracking does the DRBC insist a ban alone will do. That’s not equal justice under law.

The DRBC also proposes regulations on the exporting of fresh water to other basins for natural gas development that are stricter than exports of water for other purposes.

Think about for a moment. If fresh water exports need to be governed, then why in the world wouldn’t the same rule apply to all? It’s patently clear from this the DRBC is acting ideologically and politically, not scientifically or in accord with its compact. That’s not equal justice under law.

There’s also no equal justice when it comes to process. The DRBC has stacked almost all its committees with representatives of the Delaware Riverkeeper, a special interest anti-gas advocacy group that sued it over gas drilling issues. It has, too, actually taken money from the same William Penn Foundation that funds the Riverkeeper.

Worse, the DRBC used the money to supposedly study gas issues and provide an excuse not to act on gas drilling regulations sitting on the shelf since 2011.

The DRBC state members have also engaged in a completely sham public hearing process with respect to the proposed fracking ban, with all four governors proudly and stupidly announcing how they’ll vote before the hearings even began. Where is the equal justice under law in such sham hearings?

The DRBC, in other words, is out-of-control. It’s on a slippery slope of ideological opposition to natural gas designed to appease political special interests. All law, all rights and all justice have been sacrificed, along with our property values.

The DRBC is also assuming your police powers, deciding it has the power to control even land use within your jurisdiction. It is leaving you, and us, in the dust as it pulls more and more power to itself; pulls it into their office building in West Trenton where they keep warm in winter with a newly installed gas heating system.

You can and must reassert your own authority; the authority to establish standards for natural gas development in all of Pennsylvania, not just those outside the DRBC region. Those standards can and are being met across Pennsylvania, in sub-watersheds already classified as Exceptional Value and subject to the highest threshold criteria.

If the DRBC supposes it needs even higher standards let them develop them and apply them equally to all industries. That’s equal justice.

HB 827 is one way to stand up to these bullies. I encourage you to support it. Do not dissuaded by disingenuous arguments claiming the DRBC has extraordinary rights that exceed even yours, when you, together with others, are the very source of its power.

Do not be distracted, either, by the suggestion the SRBC’s continuous water quality monitoring somehow doesn’t matter compared to the incessant speculation of obscure risks by serial protesters. Those people are paid by the William Penn Foundation to destroy the gas industry that has done so much for Pennsylvania; an industry doing more to reduce CO2 emissions than anyone or anything else.

No, do not be distracted by the Delaware Riverkeeper’s phony talking points.

Look, instead, at what the DRBC members say when they are wearing their SRBC hats; there is no discernible impact on water quality. And, if that’s not good enough take the word of a Penn State study of Bradford County groundwater last year that found:

“groundwater chemistry in one of the areas most heavily developed for shale gas – an area with 1400 new gas wells – does not appear to be getting worse with time, and may even be getting better.”

It’s time someone put the priority on these facts and rejected the falsehoods and reckless speculation of protest groups. It’s time DRBC landowners are no longer treated as second-class citizens. It’s time for equal justice under law.