Rockefeller Gang Doing Their Best to Kill the NESE Project

The Rockefeller gang, in the guise of 350.org and its affiliates is trying hard to kill the NESE project by playing Andrew Cuomo. Or, is it the opposite?

It’s amazing how easy it is to manipulate New Yorkers and, especially, the New York press. There is a major move underway right now to kill the Northeast Supply Enhancement pipeline project (“NESE project”) and the Rockefeller gang is orchestrating the whole, although it can be argued Andrew Cuomo and the Rockefellers are also using each other, both pursuing their own very special interests.

One of our loyal New York City readers (and occasional critic) sends along this:

WHAT: New Yorkers will rally at City Hall Park and march across the Brooklyn Bridge to urge Governor Cuomo to stop the Williams NESE fracked gas pipeline before Earth Day.

WHERE: Rally at New York City Hall Park and march across the Brooklyn Bridge 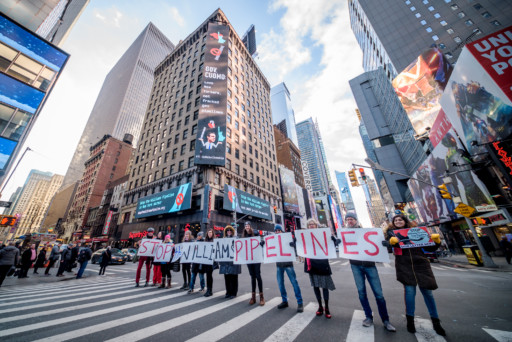 It’s the normal nonsense—a hyped event likely to be attended by dozens—that gets all kind of press coverage from in-the-tank, politically correct folks with bylines. There are three things that got my attention, though:

The first two points illustrate why it’s important for NESE project supporters to be out front on everything. This will be another political decision by an unusually Machiavellian politician. All are such to some degree—it’s the nature of the beast—but no one more so than Andrew Cuomo. Absolutely no good will can be assumed as was the case when Williams was snookered by Cuomo on the Constitution Pipeline. It’s also critical to remember the powerful special interest forces at work in the core of the Big Apple. They’re rotten.

The third point, though, indicates some weakness on the part of the opposition. The significance of the Hoopa decision, discussed at length here, and which gave new life to the Constitution Pipeline, is this from the court:

“while a full year is the absolute maximum, it does not preclude a finding of waiver prior to the passage of a full year.”

The court said, in other words, the one-year deadline isn’t automatic, especially if, as is the case with everything Cuomo, the state is playing games. I tend to think that may become very important down the road.