Ontario: Where the Green New Deal Was Tried, Failed and Repealed

Ontario gave a Canadian version of the Green New Deal a decade to prove itself and it failed — spectacularly so — for the province citizenry.

In February 2009, Ontario, Canada passed its Green Energy Act. The act entailed: increased integration of wind and solar energy into Ontario’s electricity grid, shutting down coal plants and creating 50,000 green jobs in the first three years; allowing First Nations communities to manage their own electricity supply and distribution (the ‘decolonization’ of energy), empowering Canada’s indigenous communities; and reducing costs for poorer citizens through clean and sustainable energy provided by renewable energy. That part of the act received an endorsement from Ontario’s Low Income Energy Network – a group that campaigns for universal access to affordable energy. 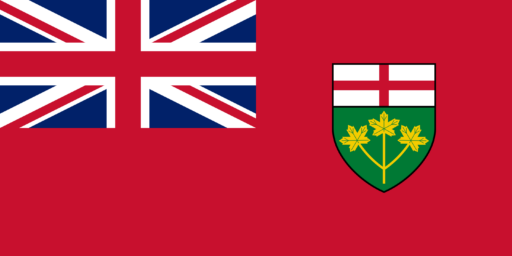 Ontario: Where the Green New Deal was Tried, Failed and Repealed

On January 1, 2019, Ontario repealed the act—one month before its 10th anniversary. The 50,000 guaranteed jobs never materialized. The “decolonization” of energy did not work out. one-third of indigenous Ontarians now live in energy poverty—their electricity bills more than doubled during the life of the act, making their electricity costs among the highest in North America. Its promises turned out to be false, and the actual results made people’s lives worse.

Ontario’s contracts with renewable suppliers guarantee electricity suppliers that they “will be paid for each kilowatt hour of electricity generated from the renewable energy project,” regardless of whether the electricity is consumed. While that does not make sense, the new contracts were an improvement over earlier contracts that guaranteed payments close to 100 percent of the supplier’s capacity, rather than electricity generated. So if a producer supplied only 33 percent of its capacity in a given year, it would still be paid as if it had produced almost 100 percent. About 97 percent of the applicants to the program were forms of intermittent energy—wind or solar energy—that operate only when the wind is blowing or the sun is shining, requiring other sources for back-up. They are inherently intermittent by design and nature, and therefore their capacity factors are always well below their maximum capacity over a year. Wind and solar electricity providers cannot replace consistently reliable power plants like natural gas, coal or nuclear—they can only supplement the grid.

The Council for Clean and Reliable Energy found that “in 2015, Ontario’s wind farms operated at less than one-third capacity more than half (58 percent) of the time.” Regardless, Ontarians paid multiple contracts as if wind farms had operated at full capacity all year. Ontario’s contracts also guaranteed exorbitant prices for renewable energy—often at up to 40 times the cost of conventional power for 20 years of operation. By 2015, Ontario’s auditor general concluded that citizens had paid $37 billion above the market rate for energy. Since these plants will continue operating, they will pay another $133 billion from 2015 to 2032 on top of market valuations. (One steelmaker has taken the Ontarian government to court for these exorbitant energy costs.)

Despite the act being repealed, Ontarians continue to pay exorbitant rates. In April, 2020, the market value for all wind-generated electricity in Ontario was $4.3 million, but Ontario paid $184.5 million in wind contracts—almost 43 times the value of electricity delivered.

Between 2011 and 2015, electricity demand in Ontario declined, and it has continued to decline. Yet, Ontarians were forced to pay higher prices for new electricity capacity that they did not need since their consumption was going down. They had sufficient electricity capacity—just not the right kind.

If elected, U.S. Democratic Party presidential nominee Joe Biden promises to forge a carbon-free power sector by 2035. That means shutting down perfectly good coal and natural gas plants and replacing them with wind and solar power. He claims this means he will create new jobs in the “clean-energy” arena, much like the promises in Ontario. Of course, that also means that coal and natural gas jobs will be killed, replacing them with jobs that pay only half of their previous salary, according to the Bureau of Labor Statistics.

It also means that U.S. ratepayers will pay higher prices for their electricity because perfectly good coal and natural gas capacity will be replaced by wind and solar farms. When Germany went on its path of pursuing renewable energy for its electric generation, residential rates skyrocketed. Germans pay 3 times more for their residential electricity, on average, than U.S. residents.

It also means that taxpayers will be subsidizing intermittent renewable technologies in order to make them economic. Or, Biden might go down the path of half our states that instituted Renewable Portfolio Standards, only to find they resulted in much higher electricity prices. One of those states, California, has been rewarded with rolling black-outs as high temperatures resulted in a shortage of electrical generation when solar panels powered down as sunset was approaching and families arrived home from work and turned on their air conditioning and other appliances.

Americans need to make sure that they do not fall into the same trap as Ontarians, allowing changes to the electrical grid that will only result in higher energy prices, premature capacity retirements, and a loss of jobs to be replaced by lower paying ones. Americans have abundant energy at very affordable prices. All that could be lost with policies such as those Joe Biden is cheerleading.