John Szalasny, the fellow from last week who describes himself as “someone who cares about our planet,” delivers again:

When the New York State Department of Environmental Conservation banned fracking in 2015, followed by a legislative ban in 2020, we all breathed a sigh of relief.

Now, we have a new issue that rivals the dangers of fracking in meeting the clean energy and climate agenda goals of the state’s Climate Leadership and Community Protection Act (CLCPA). 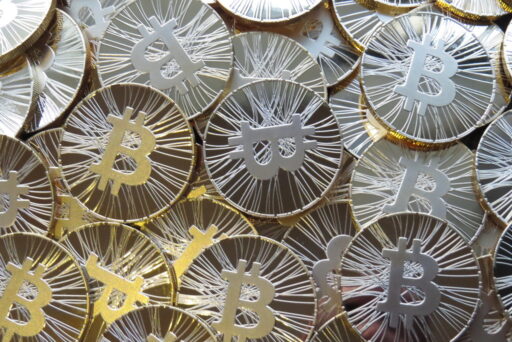 Now the issue is Bitcoin. One of several cryptocurrencies that are not dependent on traditional currencies for value, these new forms of currency use a large amount of electricity…  Bitcoin mining operations have been popping up in New York over the past several years, drawn by its low-cost energy.

The state also has about 30 mothballed coal- and methane-fired power plants. One of these plants was reopened in Dresden – on Seneca Lake – and two years later, 100% of the power generated (enough to power 9,000 homes) was dedicated to a Bitcoin operation on site.

If the power does not reach the electric grid, the “behind the meter” power is not subject to any of the CLCPA clean energy mandates. The DEC notes that the greenhouse gas emissions from this plant increased tenfold from 2019 to 2020 as their Bitcoin operations expanded.

This would be a laugh out loud moment but for the utter cruelty with which Szalasny dismisses the fracking that the Southern Tier so desperately needed. As our ever-alert reader notes:

Well said. As I said last time read Unsettled or Inconvenient Facts if, like our planet caregiver, you’re worried about climate, or bit coin mining, for that matter.

No, Sierra Club, You’re and It Is You Who Are Scared

From Arizona to Alabama, the gas industry’s own legislation has moved through statehouses with what climate advocates say is alarming speed. At least a dozen states have now passed laws prohibiting cities from restricting gas hookups in new construction, and just as many have introduced similar bills this year. The laws have dealt a stinging setback to the accelerating effort among cities to ban natural gas—a significant contributor of emissions of methane, a greenhouse gas 86 times more potent than carbon dioxide that is accelerating the climate crisis. Yet some climate activists say that even as the preemption laws have put up hurdles to electrification, they betray an industry that is increasingly worried about its future. 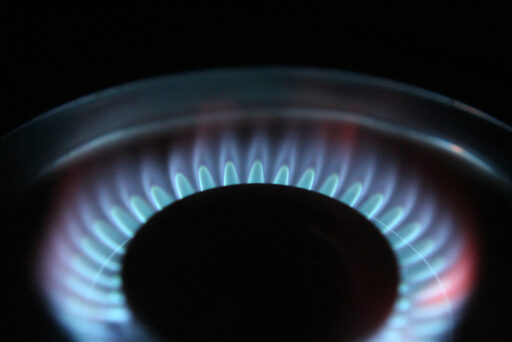 It’s not a surprise,” said Bruce Nilles, the executive director of the Climate Imperative project at Energy Innovation, a think tank focusing on clean energy policy. “The gas industry has wielded enormous power and influence for decades and is now facing an existential threat. As coal disappears, they know they are next.”

[Rachel Golden, the deputy director of the Sierra Club’s Building Electrification program] said the preemption bills were “damaging” to the larger fight for building electrification, but by no means are they the end of the story. “The gas industry has basically launched this effort because they’re freaked out,” she said. “They don’t want to see the gas bans that have passed in California spread, so they’re focusing on red states where it’s an easy win for them.”

Florida is the latest state to throw down a broad challenge to building electrification. A bill sent to Governor Ron DeSantis in June prevents cities from banning natural gas as an energy source in new construction and restricts their ability to decrease the use of natural gas obtained through fracking. David Cullen, a lobbyist for the Sierra Club of Florida, said that the bill didn’t come as a surprise—preemption is part of the state’s political DNA.

Florida: a state with the common sense and guts to reject BS. That’s why it’s the Sunshine State isn’t it?

The Hype Swells As the Grip on Our Throats Tightens

One of our readers passed along this series of quotes over the years, followed by the latest proposal to turn fear into a death grip on Americans:

“We’ve got to ride this global warming issue.Even if the theory of global warming is wrong, we will be doing the right thing in terms of economic and environmental policy.” – Timothy Wirth, President of the UN Foundation

“No matter if the science of global warming is all phony…climate change provides the greatest opportunity to bring about justice and equality in the world.” – Christine Stewart, former Canadian Minister of the Environment

“The data doesn’t matter. We’re not basing our recommendations on the data. We’re basing them on the climate models.” – Prof. Chris Folland, Hadley Centre for Climate Prediction and Research

“I believe it is appropriate to have an ‘over-representation’ of the facts on how dangerous it is, as a predicate for opening up the audience.” – Al Gore, climate change activist and profiteer

“It doesn’t matter what is true, it only matters what people believe is true.” – Paul Watson, co-founder of Greenpeace

“The only way to get our society to truly change is to frighten people with the possibility of a catastrophe.” – professor David Botkin

“A keen and anxious awareness is evolving to suggest that fundamental changes will have to take place in the world order and its power structures, in the distribution of wealth and income. Perhaps only a new and enlightened humanism can permit mankind to negotiate this transition.” – Club of Rome

“The goal now is a socialist, redistributionist society, which is nature’s proper steward and society’s only hope.” – David Brower, founder of Friends of the Earth

“Isn’t the only hope for the planet that the industrialized civilizations collapse? Isn’t it our responsibility to bring that about?” – Maurice Strong, founder of the UN Environment Programme

“A massive campaign must be launched to de-develop the United States. De-development means bringing our economic system into line with the realities of ecology and the world resource situation.” – Paul Ehrlich, Stanford Professor of Population Studies

“The only hope for the world is to make sure there is not another United States. We can’t let other countries have the same number of cars, the amount of industrialization, we have in the US. We have to stop these Third World countries right where they are.” – Michael Oppenheimer, Environmental Defense Fund

“We must make this an insecure and inhospitable place for capitalists and their projects. We must reclaim the roads and plowed land, halt dam construction, tear down existing dams, free shackled rivers and return to wilderness millions of acres of presently settled land.” – David Foreman, co-founder of Earth First!

“Complex technology of any sort is an assault on human dignity. It would be little short of disastrous for us to discover a source of clean, cheap, abundant energy, because of what we might do with it.” – Amory Lovins, Rocky Mountain Institute

“Human beings, as a species, have no more value than slugs.” – John Davis, editor of Earth First! Journal

“Humans on the Earth behave in some ways like a pathogenic micro-organism, or like the cells of a tumor.” – Sir James Lovelock, Healing Gaia

“I don’t claim to have any special interest in natural history, but as a boy I was made aware of the annual fluctuations in the number of game animals and the need to adjust the cull to the size of the surplus population.” – Prince Philip, preface of Down to Earth

“My three main goals would be to reduce human population to about 100 million worldwide, destroy the industrial infrastructure and see wilderness, with it’s full complement of species, returning throughout the world.” – Dave Foreman, co-founder of Earth First!

“The prospect of cheap fusion energy is the worst thing that could happen to the planet.” – Jeremy Rifkin, Greenhouse Crisis Foundation

“A reasonable estimate for an industrialized world society at the present North American material standard of living would be 1 billion. At the more frugal European standard of living, 2 to 3 billion would be possible.” – United Nations, Global Biodiversity Assessment

“A total population of 250-300 million people, a 95% decline from present levels, would be ideal.” – Ted Turner, founder of CNN and major UN donor
“One America burdens the earth much more than twenty Bangladesh’s. This is a terrible thing to say. In order to stabilize world population, we must eliminate 350,000 people per day. It is a horrible thing to say, but it’s just as bad not to say it.” – Jacques Cousteau, UNESCO Courier

“If I were reincarnated I would wish to be returned to earth as a killer virus to lower human population levels.” – Prince Philip, Duke of Edinburgh, patron of the World Wildlife Fund

“I suspect that eradicating smallpox was wrong. It played an important part in balancing ecosystems.” – John Davis, editor of Earth First! Journal

“The extinction of the human species may not only be inevitable but a good thing.” – Christopher Manes, Earth First!

“The extinction of Homo Sapiens would mean survival for millions, if not billions, of Earth-dwelling species. Phasing out the human race will solve every problem on Earth – social and environmental.”- Ingrid Newkirk, former President of PETA

“Childbearing should be a punishable crime against society, unless the parents hold a government license. All potential parents should be required to use contraceptive chemicals, the government issuing antidotes to citizens chosen for childbearing.”
– David Brower, first Executive Director of the Sierra Club

“In order to save the planet from catastrophic climate change, Americans will have to cut their energy use by more than 90 percent and families of four should live in housing no larger than 640 square feet.”- Reason article summary of research led by University of Leeds sustainability researcher Jefim Vogel. 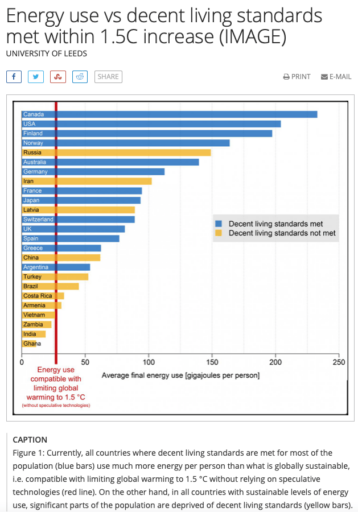 Says it all, doesn’t it? They are elitists and hate commoners (you and me). It’s that simple.