Will California Blackouts Lead to A Pennsylvania Wipeout?

Dan Markind raises this interesting question in one of his latest pieces for Forbes:

In addition, massive subsidies to renewables have forced the closure of natural gas power plants for economic reasons. As a result, California doesn’t have sufficient backup power when the supply drops, as it has lately. Without access to energy imported from neighboring states (who need it for their own usage during the heat wave) California power authorities really have no other choice but to institute blackouts. 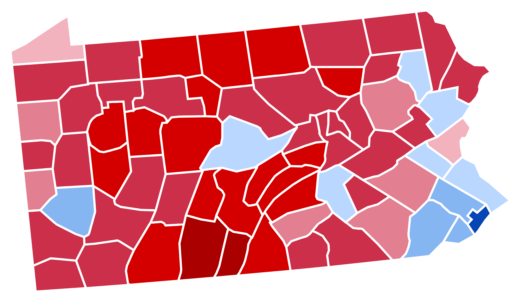 While California’s struggles are immediate, will they have a long term impact on other states where energy is a major issue, including here in Pennsylvania? The issue is already expected to have impact on the upcoming Presidential election. Incumbent Trump fully supports fracking and the use of fossil fuels. Candidate Biden has at best equivocated. But Biden’s running mate, Kamala Harris, is on record as supporting a ban on fracking. Meanwhile, the Democratic left – whose steadfast support Biden still needs to defeat Trump – will continue to keep pushing the “Green New Deal,” which demands an immediate transition away from fossil fuels.

It’s Dan Markind, so read the whole thing. Natural gas is part of the election equation in Pennsylvania. So is California.

Left out of the often mistaken, never in doubt assertions of renewables’ unalloyed goodness is the fact that the hardware used is hardly renewable. It wears out and needs to be replaced. Then what?

“The problem of solar panel disposal ‘will explode with full force in two or three decades and wreck the environment’ because it ‘is a huge amount of waste and they are not easy to recycle,’” writes energy analyst Michael Shellenberger, quoting a Chinese recycling official. 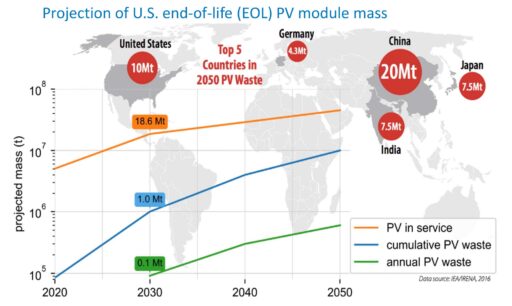 In his 2018 Forbes column headlined “If Solar Panels Are So Clean, Why Do They Produce So Much Toxic Waste?” Shellenberger also quotes a four-decade veteran of America’s solar industry, who said “the reality is that there is a problem now, and it’s only going to get larger, expanding as rapidly as the PV industry expanded 10 years ago”; and researchers from the Institute for Photovoltaics in Stuttgart, Germany, who found that “contrary to previous assumptions, pollutants such as lead or carcinogenic cadmium can be almost completely washed out of the fragments of solar modules over a period of several months, for example by rainwater.”

More recently, Hazardous Waste Experts reported worn-out solar panels are “a potent source of hazardous waste,” producing a “dilemma” that “is especially virulent in California, Oregon, and Washington, as those states started adopting solar energy earliest in the game – suggesting that eco-virtue mightn’t necessarily be its own reward.”

And just as solar and wind chew up immense tracts of real estate, so, too, will the retirement of solar energy’s constituent parts.

“If solar and nuclear produce the same amount of electricity over the next 25 years that nuclear produced in 2016, and the wastes are stacked on football fields, the nuclear waste would reach the height of the Leaning Tower of Pisa (52 meters), while the solar waste would reach the height of two Mt. Everests (16 km),” says Environmental Progress, which also tells us that “solar panels create 300 times more toxic waste per unit of energy than do nuclear power plants.”

It’s interesting that more and more folks seem to waking to the reality; clean energy can be dirty…very dirty. Natural gas anyone?

If This Is the Best They Can Do, RGGI Has Assumed Room Temperature

I just read the Pennsylvania Senate hearing testimony of Dennis Davin, Pennsylvania’s Secretary of the Department of Community and Economic Development, in support of his governor’s pet project; forcing the Commonwealth into the Regional Greenhouse Gas Initiative (RGGI.) It was as lamer than a three-legged horse. Here’s a sample with my interpretations in red:

What can we expect when RGGI is implemented and Pennsylvania becomes a participant in the initiative? We will see a decrease in air pollution, a reduction in healthcare costs, improved quality of life for our residents, and positive economic outcomes.

[It just won’t match what Pennsylvania has already accomplished by using natural gas.]

In my role as secretary, I have spent the past six years traveling across this commonwealth, hearing from dedicated community leaders about their efforts to bring new vibrancy to their hometowns. I have spoken to business owners that work tirelessly to employ happy, healthy workers and provide meaningful services and products to consumers. Economic, community, and workforce development are critical to supporting new opportunities and growth. All three must be developed in unison, providing the necessary support to ensure our commonwealth’s continued prosperity.

[How’s that for using 83 words to say absolutely nothing of interest to anyone and deflect from RGGI and what it means?] 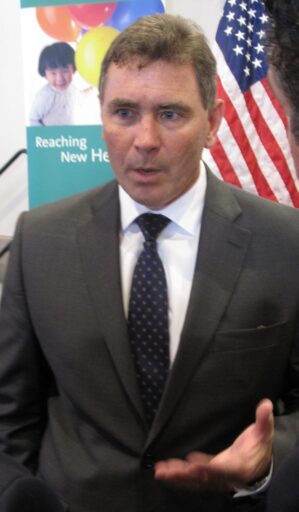 What’s more, Pennsylvania has seen declining populations during the last few years. Communities are losing residents, and in turn, their tax base, and businesses are struggling to find workers and remain competitive. We need to keep young, talented, and hardworking individuals in our communities, but we can only do so if Pennsylvania is a place people want to stay and live – especially in the eyes of the next generation. They expect us to take active steps to mitigate climate change. If we don’t do something now, they stand to leave Pennsylvania – and our future – behind.

In 2019, Governor Wolf set a goal to limit greenhouse gas emissions by 26 percent by 2025 and 80 percent by 2050. Implementing RGGI means that Pennsylvania takes a leadership role in accounting for our share of CO2 in the atmosphere by participating in a market-based initiative that will help us reach our greenhouse gas emissions goals. While doing so, we also – over time – will help to curb some of the negative economic impacts to our residents, communities and industries that result from emissions.

[Pennsylvania has already taken a lead role by not joining RGGI and allowing the emission-reducing effects of natural gas to take hold without massive public subsidies.]

RGGI includes proceeds to the commonwealth that are generated by facilities and investors who buy carbon allowances in the RGGI auctions. This will result in a new source of investment funding for the commonwealth. DEP has proposed that the proceeds generated by RGGI be allocated to investments in renewable energy, energy efficiency, and greenhouse gas abatement.

[So, it’s green eggs and scam for hedge fund investors, then, and a source of wealth for Tom Wolf to spread around to supporters.]

To help ensure the investments are the most impactful, the Governor has tasked DCED with looking at other potential investment scenarios more specifically targeted at workforce and community and economic development. These investments, however, would require action by the legislature to implement.

[And, you’ve been charged with creating the programs to use the new found money to reward special friends.]

This is thoroughly ridiculous and either the Secretary’s heart wasn’t in it or he was instructed to obfuscate. It’s not Cuorruptocrat level corruption like we see in the Empire State. No, call it soft corruption. And, Wolf isn’t that good at it. That’s why RGGI is all but dead if the Republicans, trades and blue-collar Democrats stay on the offense and stick with natural gas.