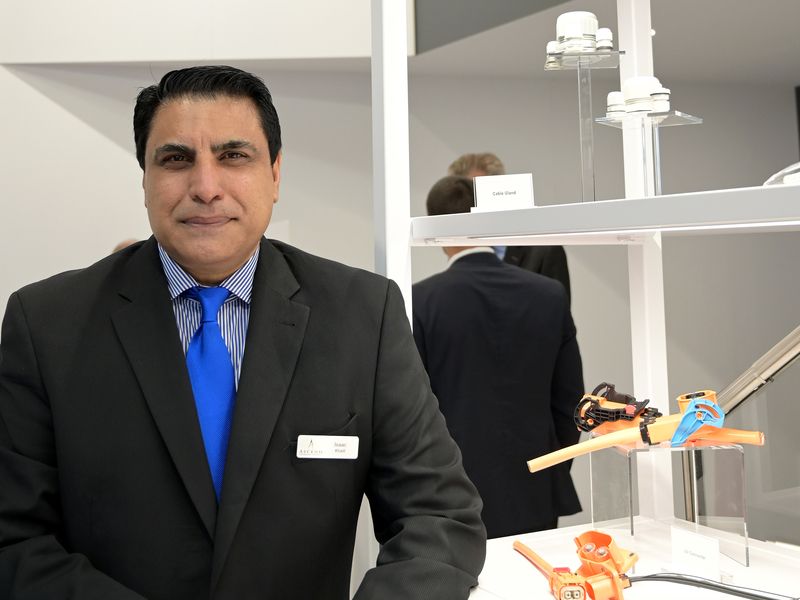 “Every region now has compounding assets to support the business,” Isaac Khalil, nylons vice president, said Oct. 12 at Fakuma 2021. “We have a global footprint but are locally supplied and locally sourced.”

Fosses-based Eurostar has a broad portfolio of flame-retardant engineered plastics and expertise in halogen-free formulations. The firm employs 60 and operates 12 extrusion lines, making compounds based on nylons 6 and 6/6 and polybutylene terephthalate, primarily for electrical/electronic uses.

In early 2020, Ascend acquired Italian materials firms Poliblend and Esseti Plast GD. Esseti Plast is a producer of masterbatch concentrates, while Poliblend makes compounds and concentrates based on virgin and recycled grades of nylon 6 and 6/6. In mid-2020, Ascend entered Asian manufacturing by buying a compounding plant in China from two Chinese firms. The Shanghai-area plant operates two twin-screw extrusion lines and covers about 200,000 square feet.

Moving ahead, Khalil said that Ascend “will make appropriate acquisitions to support customer growth.” He added that the firm will make acquisition decisions based on both geography and product mix.

On the new product side, Khalil said Ascend is growing its lineup of Starflam-brand flame-retardant materials and HiDura-brand long-chain nylons for applications in electric vehicles, filaments and other areas. EV applications for Ascend materials include connectors, batteries and charging stations.

Sustainability also is in focus at Ascend. Khalil said the firm has expanded its post-industrial and post-consumer recycled materials, with an eye on improving consistency and quality, which at times can be a challenge for such materials.

Ascend also has set a goal of reducing its greenhouse gas emissions by 80 percent by 2030. Khalil said the firm has invested “millions of dollars” to meet this goal and should show “significant progress” in 2022 and 2023. In this area, Ascend is eliminating use of coal at its plant in Decatur, Ala.

In addition, Khalil said Ascend “has hardened its assets” through such projects as increasing backup supplies of electrical power at its plant in Pensacola, Fla., in case of extreme weather.

In June, Ascend expanded production capacity for specialty nylon resins at its plant in Greenwood, S.C. The multimillion-dollar expansion will help the company meet growing demand for its new HiDura line.

Ascend employs 2,600 and operates nine global locations, including five fully integrated manufacturing facilities in the southeastern U.S. and a compounding plant in the Netherlands.