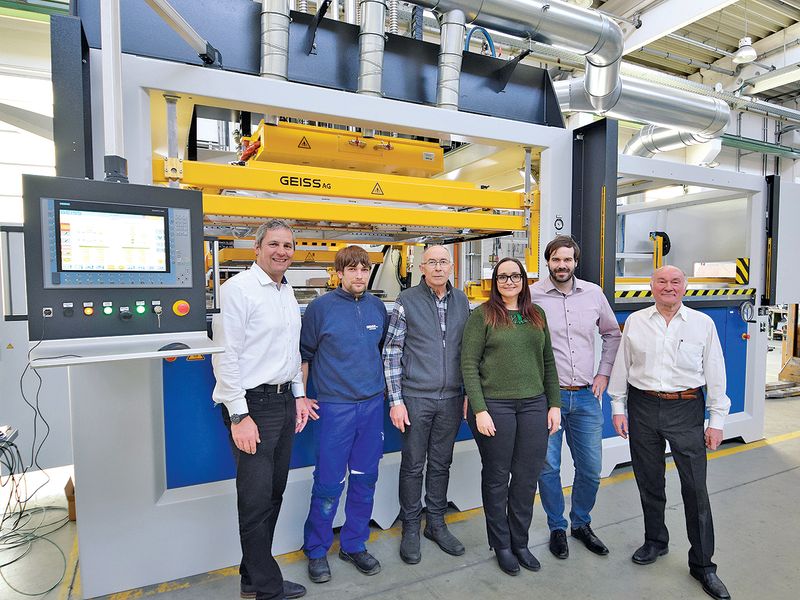 Thermoforming research at the IKT plastics technology institute at Stuttgart University is putting the emphasis on upcycling of used material.

An “UpFilT” project, developed with 3D printing filaments from thermoforming scrap material, could allow processors to use material in higher-value products.

Researchers use the UpFilT filaments to 3D print additional features such as reinforcement ribs on thermoformed parts. This involves laying the thermoformed part on a support that follows its contour and printing with a printing head mounted on an articulated arm robot.

The process combines thermoforming and welding to provide integrated functional plastic elements such as ribs, screw bosses or snap-fit hooks, without resorting to post-thermoforming processes such as back injection molding or other joining techniques. This is achieved by placement of locally pre-heated plastic inserts into the thermoforming mold, which are then welded to the hot thermoformed part during thermoforming.

Thermoforming and joining is often combined to produce simple-geometry twin sheets in a single process. But IKT says this is “only possible to a limited extent” with transparent double-walled components, so that caravan side and roof windows, for example, are produced less cost effectively from single sheets in separate thermoforming and manual bonding processes.

These involve two stages of single-sheet thermoforming, sheet alignment, then adhesive bonding and curing stages to join the sheets together, with associated ecological and health aspects of adhesive solvents.

The project partners seek to develop a single-stage, adhesive-free, twin-sheet thermoforming process, aimed specifically for production of such clear and tinted transparent components.