The Rockefeller is making something old new again as it seeks to revive Upstate New York, especially the Catskills and Adirondacks, with green coal.

Upstate New York is desperate. It faces economic oblivion from New York’s high taxes and blue state energy policies that amount to doing absolutely nothing anywhere that’s not politically green. Fortunately, the Rockefeller family is coming to the rescue with a plan to turn Upstate into the birthplace of green coal. 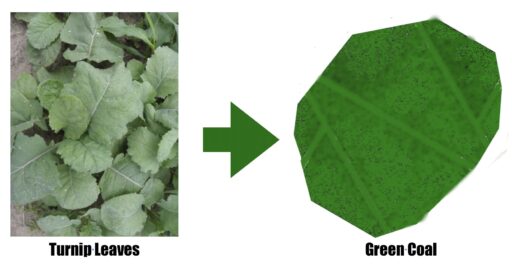 The Rockefeller family got its start in Upstate New York when John D. and WIlliam’s father, William Avery Rockefeller, Sr., played Doc Levingston to sell various elixirs as he speculated in land and loaned money to farmers with hopes of foreclosing. Now, the Rockefeller family is making amends by investing in green coal that will be made out of turnip leaves grown on the farms once seized by the family and later sold for obscene profits.

Green coal is produced by drying compressing the turnip leaves into bricks that can be burned for fuel. Because the turnip leaves absorb CO2 out of the air they are thought not to increase net emissions and the turnips are left in the ground for deer to dig out in the winter as a food source.

The fuel used in planting the turnips, drying and compressing the leaves into green coal and moving the finished product to market is not counted in the CO2 calculation because, according to on-the ground experts hired by the Rockefeller to train farmers in production, it is expected to make up the CO2 difference in volume.

The family is loaning turnip farmers money to grow green coal, taking farm mortgages as collateral. “We believe this is a fantastic way to revitalize Upstate New York,” a family spokesperson stated. “Our money will give turnip farmers adjacent to our Adirondack and Catskill estates a real opportunity to be on cutting edge of the green new deal. Farmers will be able to seek big government biomass energy subsidies in the short-term and when those run out we’ll be there.”

Asked whether turnip farming to produce green coal could make it without the government subsidies, Rockefeller family representative Bill Levingston said “We’re confident the industry can survive or we wouldn’t be investing it it. We’re neighbors, after all.”

Editor’s Note: In case you haven’t figured out by now, this is satire. But, I expect most of you’ll also agree it isn’t far from the truth. Everything the Rockefeller family does in its fight against natural gas development is designed to increase its power, its land holdings and its wealth, while claiming the high ground of green self-righteousness.