RGGI for Pennsylvania? Are You Kidding, Governor?

RGGI for Pennsylvania? Well, that’s what Governor Tom Wolf wants, but it makes no sense at all when you look at the facts on and what we’ve done without it.

Tom Wolf wants us in the Regional Greenhouse Gas Initiative (RGGI), a multi-state group designed to produce as much green eggs and scam as the ratepayers and taxpayers will bear. He apparently needs to burnish his green credentials. Does he hope to be a V-P nominee or something? Well, we don’t know. But, we do know it’s a very dumb idea.

I say this because I had the pleasure of attending the MidstreamPA 2019 conference in State College last week and heard friend Kevin Sunday from the Pennsylvania Camber of Business and Industry speak on the subject. Kevin is far too polite to say the idea is dumb, but he shared the basic facts from which I certainly drew that conclusion. You can check out Kevin’s full presentation here, but let me share a few highlights, starting with our Pennsylvania air quality progress, all made without being part of RGGI: 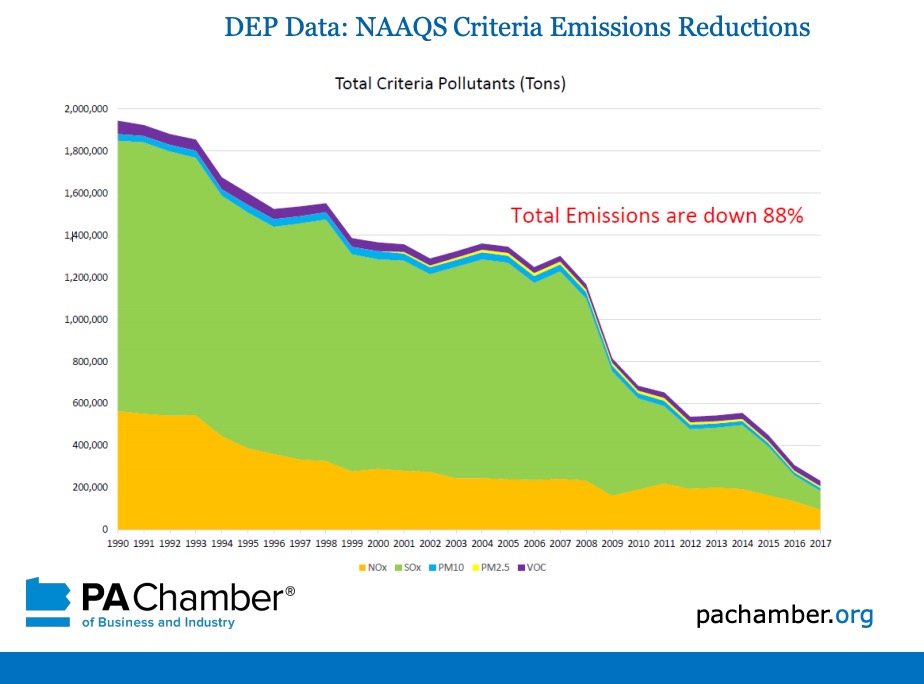 Notice the huge drop in emissions starting in 2008, the beginning of the shale revolution. And, notice what’s happened with SO2: 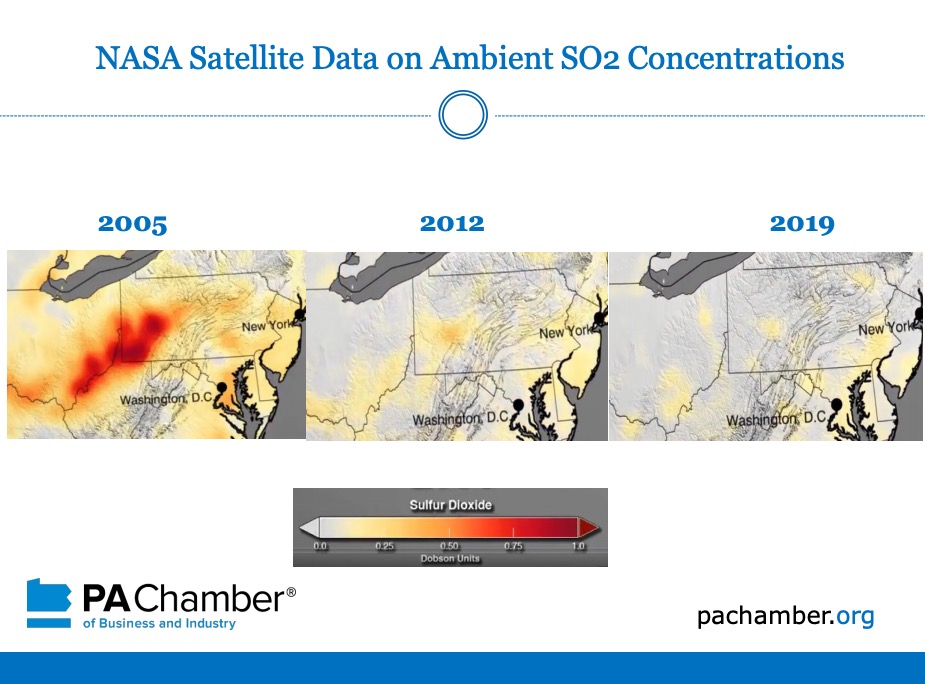 Pennsylvania has, in fact, far exceeded the performance of the RGGI states it wants to join: 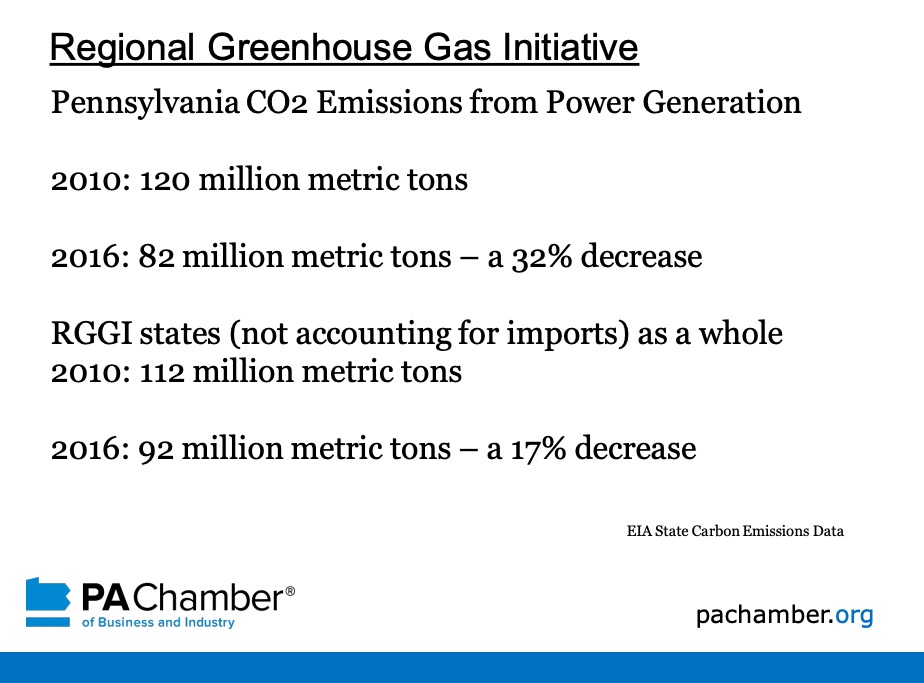 Pennsylvania, in other words,is outperforming RGGI states environmentally by almost two to one! So what exactly is the point, Governor Wolf? As both the above and the following chart shows, it’s not just SO2 that is down, but also CO2. What’s not to like? 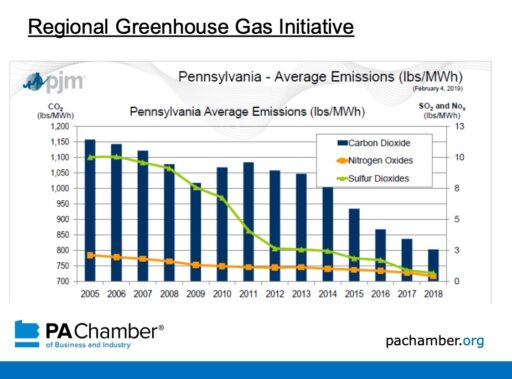 And, there are other issues as Kevin pointed out, like, for example, the fact Pennsylvania would be only the energy exporting state in RGGI. Why would we surrender our marketable competitive advantage to neighbors who only want to exploit us all the more? It makes no sense given our superior environmental performance.

There are only two things to be gained. The first is green street cred for a governor who might like to be Vice-President. The second is all those green eggs and scam deals sought by the governor’s hedge fund friends. Some of the subsidies are drying up for the scammers and they need new, better hidden, versions that RGGI would offer. That’s why joining RGGI isn’t just dumb; it’s corrupt politics.