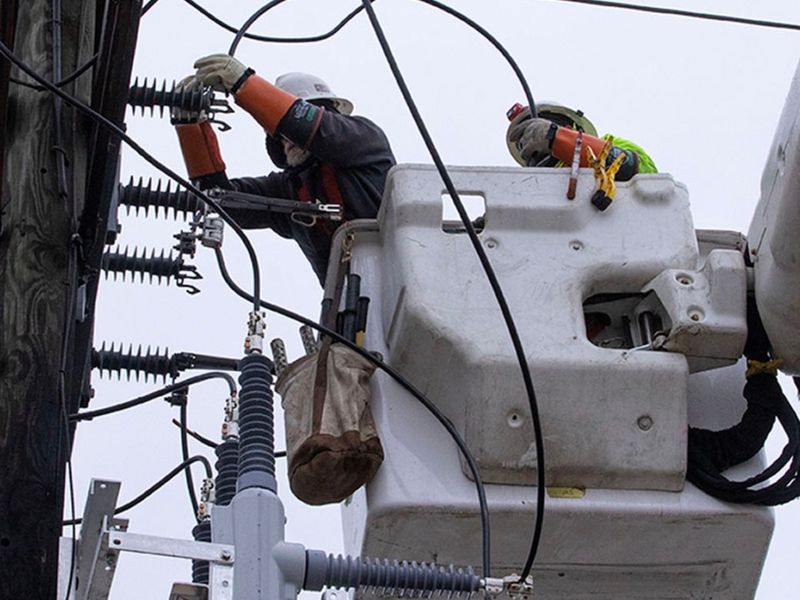 Resin makers on the Texas coast are facing challenges in restarting after frigid temperatures hit the state.

Beginning Feb. 14, cold weather hit Texas, including its Gulf Coast, where much U.S. resin production is located. Plants were closed in advance of the cold snap, but some operations may have been damaged as freezing temperatures caused pipes to expand.

As of Feb. 25, many commodity resin makers on the coast still were assessing their ability to restart production. Bitter cold across the state led to some power companies being unable to produce electricity from coal, natural gas and wind due to freezing temperatures and a lack winterizing for infrastructure.

ExxonMobil Chemical has begun to restart activities in Beaumont, Texas, and is preparing to restart operations at Baytown, a company spokesman told Plastics News. The firm “is working to re-establish normal operations and replenish fuel supplies as safely and quickly as possible following the extreme weather in Texas,” he said. “Our primary focus continues to be the safety of employees, contractors and communities in the region.”

ExxonMobil Chemical had closed those locations in advance of the cold weather. The firm makes polyethylene resin and ethylene feedstock at both sites, as well as polypropylene resin in Baytown and propylene feedstock in Beaumont.

Most production of resin and related materials was down as of Feb. 19, with several producers declaring force majeure or otherwise limiting sales through allocations. At peak shutdown, research firm ICIS of Houston estimated that almost 90 percent of U.S. PP resin production was offline. The firm also placed outages for linear low density PE at 54 percent, LDPE at 51 percent, high density PE at 42 percent and PVC at 16 percent.

In feedstocks, ICIS estimated that at peak shutdown, 65 percent of U.S. ethylene production was down, as well as almost 50 percent of propylene and 23 percent of vinyl chloride monomer.

North American commodity resin markets — especially PE, PP and PVC — already were tight before the cold snap and have been further tightened by the outages. Regional prices for most commodity resins have increased since Feb. 1, due in part to the freezing weather.

Market sources told PN that the impact of the recent ice storm could be greater than that of Hurricane Harvey, which hit the Gulf Coast in August 2017 and caused resin market disruptions well into 2018.

On a Feb. 23 conference call with analysts, Albert Chao, president and CEO of Houston-based resins maker Westlake Chemical Corp., commented on post-ice challenges that his firm could be facing.

“With a hard crash hurricane, you know it’s coming, you prepare and you shut [plants] down orderly,” he said. “But with a freeze, sometimes you’re caught off guard, your boilers get tripped and you’re out of steam and the plants come crashing down.

“Some of those plants will have suffered equipment damage from the hard crash,” Chao added. “And so, you only know more about it when you restart a plant to find out some things are not working properly. That’s the risk of unknowns out there.”

“Most of the [resin] plants were operational after a few weeks following the hurricane, exclusive of infrastructure problems,” he said in an email to PN. “I believe that most people along the supply chain may not realize the severity of a sudden, unexpected power failure.”

Bauman added that, in addition to outages in utilities and olefin feedstocks, a sudden power failure could result in the contents of some polymer reactors solidifying.

“This would require a difficult, manual, labor-intensive process to remove the solidified contents of the reactor and repair or replace any instrumentation and controls affected by the freeze,” he said. “It could take more time to do this than occurred with a hurricane, since reactors were de-inventoried and shut down ahead of time.”

Bauman said that recovery from the ice storm “is clearly a major problem for the polymer industry.”

“It may be difficult for some companies to get a good estimate on when they will be fully operational,” he added. “As a result, polymer prices will likely spike until most plants restart. It’s important for all processors to maintain constant communications with their suppliers during this period as they have done in past major outages.”