Pennsylvania Can and Should Be Northeast Energy Hub

[Editor’s Note: Pennsylvania has the Northeast in its hands if it will develop its resources to become the energy hub needed. Pipelines are the key to realizing it all.]

Charlie Melançon is a former U.S. Congressman (Democrat) from Louisiana who played an integral role in rebuilding Louisiana’s infrastructure following the devastation caused by Hurricanes Katrina and Rita. Melançon served on the House Committee on Energy and Commerce, which oversaw energy policy and environmental quality among other issues. He sees a lot of parallels between his home state of Louisiana and Pennsylvania. 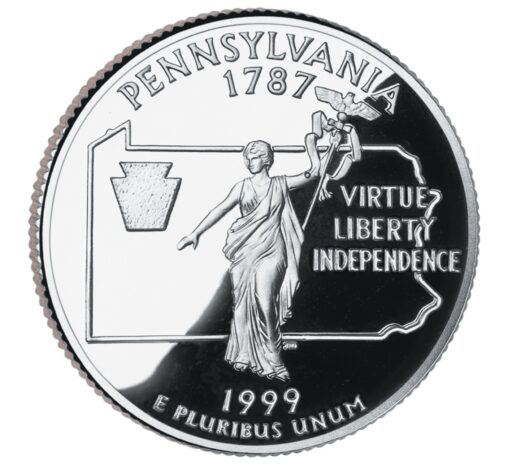 Melançon has written an editorial appearing in a major PA newspaper hoping to inform and encourage Pennsylvanians to wake up to the fact that pipelines are the key to PA becoming the energy hub of the northeast. Conversely, without (more) pipelines, PA will not realize its potential. Pipelines are the key. Melançon is uniquely qualified to know.

Between the frigid temps on the East Coast and unusually large snowfall mixed with record-low temps in Texas this past winter, warmer weather is welcome.

Through no fault of our own, many of us take the modern daily conveniences for granted as our lives get busier and distractions get louder. Few Pennsylvanians likely woke up this week with thankfulness on their minds for the thousands of engineers, skilled construction workers, and others that have kept our electricity, stovetops, and heat functioning this winter, but we should.

Pennsylvania energy has my attention because of the parallels to my home state of Louisiana. Louisiana doesn’t measure up to Pennsylvania in production, but the two share ownership of an individually robust energy economy that serves the residents of each respective state, region and the country at large, no matter the conditions.

As the nation’s second largest natural gas producing state, Pennsylvania has a long way to go to develop the needed infrastructure to support this industry. Pipelines are the safest means to transport energy resources, according to the Pipeline Hazardous Materials Safety Administration. In fact, they are 4.5 times safer than rail, which is a safer option than transport by truck. Just recently, a train derailment in Texas served as just the latest example of the increased importance of a robust pipeline network to ensure these products get to the final destination in the safest way possible.

Most people do not think about these issues as they are filling up their car with gas or cozying up on the couch with their family to watch the latest binge-worthy show on TV. As we have seen with the ransomware hack on the Colonial Pipeline, all it takes is one disruption to the energy network to stop the flow of these products we depend on each and every day.

Western Pennsylvania is peppered with natural gas production that is able to tap into plentiful Marcellus Shale reserves and produce 7 trillion cubic feet of natural gas annually. Consistent production through the past decade has by and large created a glut of natural gas, so much so that the Energy Information Administration (EIA) estimates half of all homes use it as the primary heating resource in Pennsylvania.

Because of this, Pennsylvania should serve as the energy hub for the region. The fact that the northeastern states continue to import sanctioned Russian energy makes no sense. This has less to do with sound policy and more to do with fringe-ideological motivations, which are setting us back. It’s not in my backyard NIMBYism at its height.

Long before the latest boom of natural gas development, Pennsylvania hosted some of the earliest pipeline routes and technologies. Those have come a long way and have since been replaced with state-of-the-art monitoring and shutoff technologies. By 2012 Pennsylvania hosted some 5,500 miles of pipeline thanks to the buildout of systems like Mariner East, Atlantic Sunrise, and the newly operational Revolution pipeline.

These pipelines are important for a multitude of reasons. First, they are conduits between production fields and industrial plants that turn raw resources to end products for consumer use. Take, for example, the Shell Cracker in Beaver County. This facility distills ethane into manufacturing components.

Without pipelines, natural gas liquids would need to be delivered to the cracker plant via truck or rail. Less product would be moved and public infrastructure like roads and highways would take a beating, not to mention the added traffic this would cause.

Pipelines serve as the arteries and veins of energy, getting materials to proper destinations quickly, reliably, and without intrusion. Robust pipeline infrastructure has also had effects on Southeastern Pennsylvania where industrial complexes like the Marcus Hook Industrial Complex have become economic engines for the region.

Energy companies haven’t backed down on their responsibilities as part of the local community. Shell donated over 100,000 pieces of personal protective equipment (PPE) and Exxon Mobil donated 1,200 gallons of hand sanitizer to the commonwealth last May, at the start of the worldwide COVID pandemic. Energy Transfer and Sunoco’s First Responder Fund has done much to keep the emergency response departments equipped with the latest safety gear and more. To date, they have donated over $1 million to first responders across Pennsylvania.

Pennsylvania energy development over the last decade and a half has revitalized the state’s economy and remains critical to getting communities through the coldest winter months. Energy isn’t guaranteed and let’s not take it for granted.