This 23-minute video is from 2015 but extremely relevant today as the U.S. is treating global warming as a crisis to be fought with over-the-top regulations and green government rent that will generate trillions for special interests:

It is simply awesome when someone speaks truth to power. Global warming is no crisis. CO2 is turning the planet green with plants. Plants make oxygen. Stop falling for the scam. It’s all about the money. If you really care about emissions, promote natural gas, which lowers S02, a truly harmful pollutant by as much as 99%. It’s that damned simple. And it produces CO2, but less than coal. It’s the sensible solution, in other words.

Call it out; wind energy contributes little or nothing compared to natural gas and what it does produce is incredibly expensive, environmentally unsound and totally undependable:

On Wednesday nearly all the wind generators in the country failed. About 4,000 turbines across five states of Australia were hit by some kind of simultaneous fuel crisis. At one point all the wind power in our national grid was only making 3% of Australia’s electricity, and that was the best part of the day. At its worst, all those turbines produced about 1.2% of the power we needed. It was that bad.

Across the nation, something like $15 to $20 billion dollars of infrastructure ground to a halt. 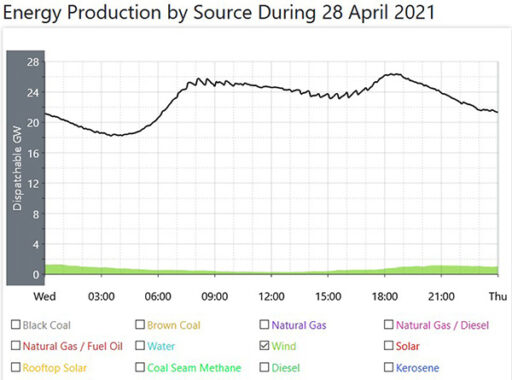 It would be nice to believe this incident was due to all the old failing wind towers that used to be reliable workhorses. If only. Then there would be hope we could fix things. But these were mostly new towers, and this is as good as it gets.

Green energy is a fool’s errand. Natural gas is the real deal.

And, Speaking of Fools’ Errands…

A reader notes “Remember that New York plans to make up one reactor’s worth of power (1,000 MWh) with a Canadian hydro from Hudson’s Bay Great Whale River via a giant electric cable mostly under Lake Champlain and the Hudson River.  What could possibly go wrong with creating a reservoir that is already 2/3 the size of Lake Ontario?  If the renewable replacements for Indian Point are delayed or unreliable, there are rumors of a second Canadian hydro cable as a replacement.”

The last reactor at the Indian Point nuclear plant in Westchester County went offline at 11 p.m. on Thursday, ending a decades-long fight to shutter the plant — and making the race to put steel in the ground for new renewables and transmission more urgent.

When 1,000 megawatts of power abruptly — but expectedly — go offline, the downstate electric grid will compensate with gas-powered units. Plants like CPV, Cricket Valley and Danskammer expect to run more often when the nuclear baseload power from Indian Point stops. 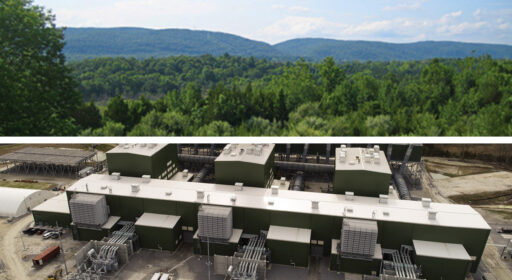 And while environmental groups point out the portion of the state’s electricity produced from fossil fuels has dropped since the governor announced the closure deal in 2017, some of those gains will be temporarily wiped out with Indian Point’s shutdown.

“There won’t be more natural gas burned for electricity in New York after the second reactor closes than there was the year before the closure agreement,” explained Riverkeeper’s Paul Gallay. “We’ve been busy dropping demand — and yes, we are using some of those savings to make the region safer.”

The above is what counts as thought along the Hudson; mostly oblivious of the facts about renewable energy (undependable, inefficient and a land hog). Only natural gas can truly replace Indian Point and at least that much is acknowledged, albeit grudgingly.

Planned Blackouts? Yes, If Green New Dealers Get Their Way

The future is darker and colder under a green new deal:

In a recent article for Forbes, environmentalist Michael Shellenberger cited both the Texas Freeze and the California August 2020 outages as examples of why there should be less solar and wind capacity added to the grid, not more: because the more renewable capacity there is, the higher the risk of blackouts.

Solar and wind are weather-dependent sources of electricity and, as the events in Texas and California show, they are unreliable, Shellenberger, who is the founder and president of Environmental Progress, a research nonprofit, wrote. He also pointed to Germany, where an audit of the country’s energy transition plans showed that some of the projections were overly optimistic, while others were outright implausible.

People in Germany, like people in California and New York, by the way, are paying more for electricity than people in places that are less dependent on renewable energy. While some may be perfectly fine with paying more for cleaner electricity, not everyone can afford it over the long term. And affordable energy is crucial for civilization, Shellenberger notes. 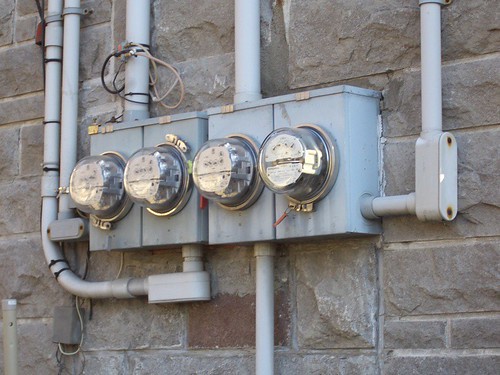 Affordability is one essential requirement for energy if it is to contribute to the improvement of living standards, even if we take economic growth out of the equation since it appears to be very passé these days amid the fight against climate change. Yet affordable energy is one of the driving forces of equality among different communities across the world. And so is reliable energy.

Affordability and reliability, then, are the two things good energy sources need to be. Solar and wind—unlike hydropower, which is also a renewable source—can only be one of these two things, and that’s if there is no storage included. They can be affordable, as we are often reminded. Yet, sadly, they cannot be reliable.

This means that the more billions are poured into boosting renewable capacity, the greater the risk of further blackouts. Perhaps at some point, if wind and solar become the main sources of electricity, authorities will need to institute planned outages.

Do we need o say it again? Natural gas is the only affordable, clean and reliable source of baseload electricity generation.