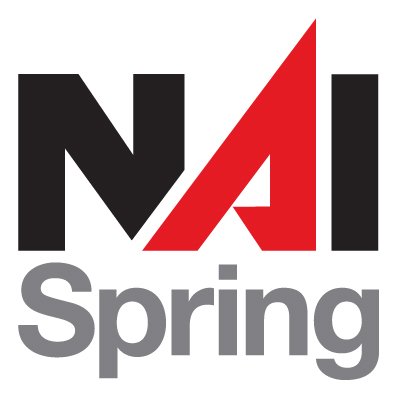 Herald-Star
June 24,2018
When you sit down and take the time to look at everything that’s happening around the Tri-State Area, it’s easy to say the region appears to be poised to enjoy some significant growth.

There are several reminders that have come our way during the last couple of weeks.

One was the announcement that JSW Steel of India had completed its purchase of Acero Junction Holdings in Mingo Junction. The $80.85 million acquisition gives India’s largest steel exporter 83 percent of the operation, with the remaining 17 percent to be transferred after future payments.

While that alone was a significant investment in our area, the impact became even clearer during a press conference held Thursday at the SelectUSA Investment Summit held in the Washington, D.C., suburb of National Harbor, Md.

We learned that the plants new owners not only plan to start the electric arc furnace that had been installed at the former Wheeling-Pittsburgh Steel Corp. complex in 2004, but their plans say a second arc furnace could be installed there.

That would return steelmaking to our region, something the Mingo Junction facility has not seen since 2009. And with that, will come additional jobs — a number mentioned Thursday was 500 — and the payment of various taxes — property, wage, etc. — to local municipalities, which will lead to a significant shot in the arm.

Details will still need to be worked out, but it appears that the $26.2 million in discounted electricity rates that had been negotiated with American Electric Power and approved by the Public Utilities Commission of Ohio will go to the new owners. That discounted electricity is important to the operation of the existing arc furnace as well as the planned expansion.

The company plans to invest between $250 million and $500 million at the facility, including returning the hot strip mill and slab caster to operation.

As details of the plant’s sale were working their way out of India on June 15, members of the Steubenville Rotary Club were learning about the importance our region holds to the oil and gas industry from Bryce Custer.

The speaker at the club’s luncheon meeting at the Steubenville YWCA is in a pretty good position to know what he’s talking about. He’s a real estate investor with the Canton-based commercial real estate brokerage firm NAI Spring. His current focus is on the needs of the petrochemical, oil and gas industries, and is helping companies that are interested in drilling and exploration in Eastern Ohio and Northern West Virginia.

He reminded Rotarians about the important location the Steubenville area sits in — almost halfway between the Shell Petrochemical Complex under construction in Monaca and the planned PTTGC cracker complex in Dilles Bottom. Access to river, rail, highway and pipelines puts the region in a sweet spot for companies interested in building new plants, he explained.

Custer added that the area along the Ohio River between Monaca and Marietta could likely support between three and five such facilities, and added that Parkersburg seemed a likely location for the next project.

One of the reasons our area is attractive, Custer explained, is the work ethic that we’ve long been recognized for. That desire to produce quality work in a timely fashion has allowed work on some facilities to move along faster that had been anticipated, Custer said.

All of the work that goes into constructing, operating and maintaining the facilities means there’s lots of opportunities for local residents. Something that has hampered that, he explained, is that people have bought into what he explained was a fallacy that everyone who graduates from high school needs to have a college education.

There are plenty of good jobs out there, he added, saying a person who has the right skills and training can earn more than $100,000 a year by welding pipes.

That’s another example of the importance of vocational and job-related training offered at Eastern Gateway and West Virginia Northern community colleges, and programs aimed toward high school students, such as the Utica Shale Academy sponsored by the Jefferson County Educational Service Center.

Custer’s presentation and the announcement of plans that will bring life back to a long-abandoned steel mill are important markers that show us there are plenty of reasons to be optimistic.

(Gallabrese, a resident of Steubenville, is executive editor of the Herald-Star and The Weirton Daily Times.)