Kickstart: Sailing back to the future 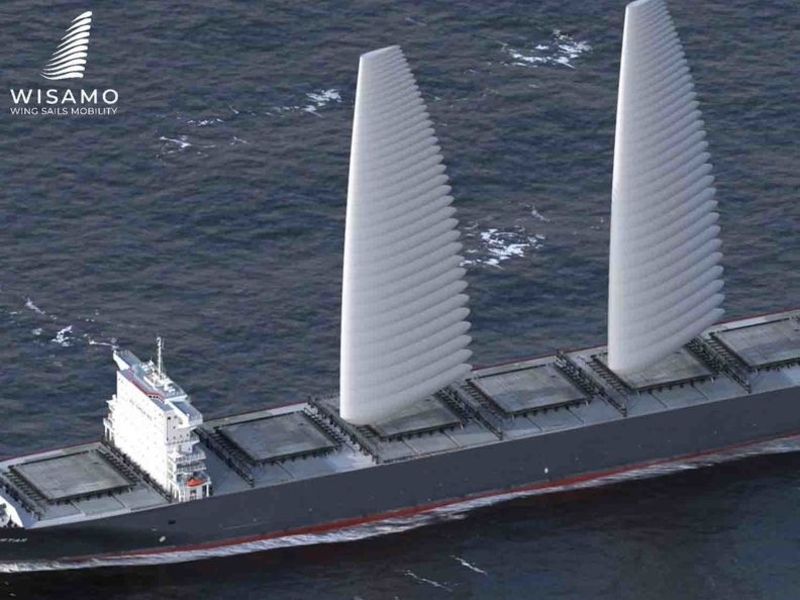 It’s time to go back to the future. Or at least to tap into old ideas to improve existing shipping technology.

Michelin has debuted a concept it calls Wisamo, which is essentially an inflatable sail that cargo ships can use to cut their energy usage.

Marine cargo makes up an estimated 90 percent of global shipping and 11 percent of CO2 generated worldwide, Michelin said in a virtual presentation. The International Maritime Organization is calling for the shipping industry to reduce greenhouse gas emissions by 50 percent by 2050.

The sails, made of a propriety fabric and inner structure, can be raised to take advantage of winds to supplement engines, then lowered at the press of a button to get beneath bridges, allowing ships to do more with a wind assist.

Erin Pustay Beaven from our sister paper Rubber & Plastics News has more on the project.

There are a lot of numbers tossed around when it comes to plastics use and waste. A United Kingdom-based company, Compare The Market, is putting those numbers into perspective by comparing the 1-liter bottles used in different countries to famous landmarks.

China, meanwhile, could fill the Eiffel Tower 18 times per day, the Statue of Liberty 828 times and the Sydney Opera House once each day.

There are some caveats to the numbers, of course. The group calculated the numbers based on data from 2010, and it doesn’t include the number of bottles that go into the recycling stream.

You can go here to see the calculations for the top 10 plastics-using countries.

Water bottles have also been a hot topic in professional bicycling. If you’ve ever seen part of a long race, then you’ve probably seen riders toss aside their bottles once they’re empty or before the start of a hard climb to reduce weight. Typically, these bottles are nabbed by fans as treasured souvenirs.

But the International Cycling Union, the group that oversees professional cycling, recently ruled that riders can only toss bottles in designated areas to eliminate the potential for trashing the countryside. This has proven unpopular with teams and fans alike.

That’s not as easy as it may seem. Sure a heavy-duty bottle made of low density polyethylene rather than PET is easy to reuse. But a lot of food and energy gels come in flexible packaging that is hard to clean, hard to recycle and very, very sticky after use.

“One thing that we’re still struggling with is gel wrappers and how do you work around that because gels are ultimately race fuel. We have tried using a reusable squeeze tube but, so far, all the ones we have been able to find are too big to fit into jersey pockets,” Team Manager Adam Korbin told VeloNews.

“We’re going to do our best to collect every single gel wrapper and send them off to the proper recycling,” he said. InstaFund uses TerraCycle for recycling.