[Editor’s Note: Nothing rises above freedom in importance to human life, but climate cultists would steal it in the name of human life, based on nothing more than their ideology.]

When my buddy Bill and I were 16 we’d jump into his 1954 Mercury for a day away from school. No math, no teachers, windows down, exhaust purring. Is there anything that feels more free than a teenage boy ensconced behind a V-8 engine on a spring morning? I think not. Freedom is essential.

We usually ended up drinking coffee at a diner outside Pittsburgh across the street from a dealership that sold Corvettes. Shiny, powerful and, of course, sexy. Neither of us ever owned a Corvette, but I remember the excitement of the possibility, nonetheless. 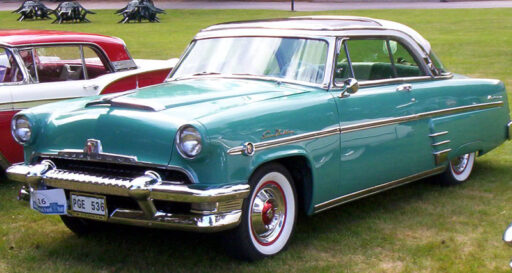 Henry Ford’s Model T at the beginning of the 20th century brought a new level of freedom to “the great multitude”. Mass produced, affordable and all shades of black. By mid-century, men of my father’s generation routinely conversed under hoods of their cars examining carburetors, spark plugs and valve covers. In the early 21st century, Rascal Flatts sang “Fast Cars and Freedom.”

Well, the proletariat can say goodbye to all that if the Green New Dealers have their way, according to Helen Thompson, professor of political economy at Cambridge University. You see, the electric vehicles promoted by climate cultists are likely to be too expensive for working stiffs. Even today’s government-subsidized Teslas are purchased largely by those with more disposable income than most.

Ms. Thompson notes that the energy transition being advanced by elite thinkers (using the term loosely) is unique in that efficient fossil-based energy sources would be traded for inefficient sources — wind, solar, and in the case of cars, sorely limited battery technology. Inefficiency costs more than efficiency. Sorry, it just does.

If large-scale energy change invites disorder, the fact that this energy revolution constitutes a reversal in energy density will also have historically singular consequences. When, in 1908, Henry Ford transformed car production and car ownership with his Model T, Standard Oil was already using large quantities of gasoline in its own machinery. Although Ford’s new cars could run on either oil or alcohol-based ethanol – and Ford himself later became an advocate for alcohol fuel – the rise of the Model T and the ascendancy of Standard Oil are part of the same story. Now, electric car manufacturers do not have a scalable energy source immediately available to replicate internal combustion engines. Nor can they yet solve the issue of battery longevity, since the electricity to charge batteries needs to come from non-carbon primary-energy. This energy revolution is a medium to long-term bet on technology in mass storage capacity that does not yet exist.

So far as large-scale electrification in transportation is achievable, it will almost certainly lead to reduced energy consumption. (Angela) Merkel has observed that this attempted energy revolution “means turning our backs on our entire way of doing business and our entire way of life.”

Ms. Thompson predicts that society at large will not take kindly to giving up its “way of life.”

This scenario is likely to have profound political implications. Elon Musk may talk about Tesla’s Model 3 being for the mass market, but Henry Ford could sincerely vow that he was “democratising the automobile.” Indeed, the Model T was in part Ford’s response to the risk of political disorder the arrival of cars created.

Two years before his factory began churning out vehicles, future American President Woodrow Wilson warned “nothing has spread Socialistic feeling in this country more than the use of automobiles.” The first cars (preceding the Model T) let loose a romantic idea of freedom for a few that most people could not enjoy…Now, the direction of travel may well be back to the world the Model T began to end.

Ms. Thompson erroneously accepts the premise that there is a climate problem. There is no climate emergency when the effects of rising CO2 concentrations and modest natural warming are leading to extended growing seasons, greater crop production and more land covered by vegetation.

However, she does think that climate alarmists give too little thought to political implications of forcing their supposed solutions on society as they exaggerate the threat of warming. She warns that “a greener politics will not transcend tragedy.”

If thousands of Londoners will gather to protest pandemic lockdowns, what might millions of middle-class people do when they can’t afford a car? Or how about the billions who have yet to own one but aspire to? Or who wants to heat homes with something cleaner than animal dung?

Even if this “utopian” energy transition were to have fewer teenagers play hooky in automobiles, it would hardly be worth losing a way of life known as freedom.

Reposted from BPR Business & Politics by permission of author.