Environmentalism hasn’t been right, that is to say healthy, since Earth Day in 1970, when, shortly thereafter, it was infected with terminal urban smugness.

As one of our guest bloggers and commenters noted recently, “the issues are really no longer Republican and Democrat in New York State, but rather downstate versus upstate.” I would only add the issue is much larger than New York and it’s a battle of the working class and ordinary folks against urban elites who would govern them.

Environmentalism is the latter’s religion. It is the face of an urban smugness reflected in condescension towards those who provide the heat for their homes, put the food on their tables and maintain the green spaces in which they love to leisure. Environmentalism today is the dead corpse of what we used to wisely admire as conservation, killed by this urban smugness. 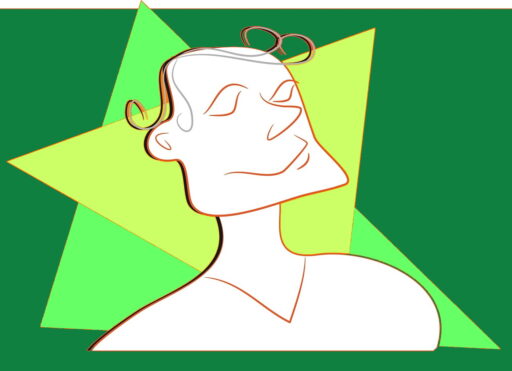 Has urban smugness become the face of environmentalism?

I have written often on this subject, but much has happened recently in the way of urban smugness that helps to put things in perspective before we get to what it’s done to environmentalism. Two examples will suffice. The first, ironically, comes from none other James Carville, infamous for talking about what “dragging a hundred-dollar bill through a trailer park” would yield:

I want to give you an example of the problem here. A few weeks ago Binyamin Appelbaum, an economics writer for the New York Times, posted a snarky tweet about how LSU cancelled classes for the National Championship game. And then he said, do the “Warren/Sanders free public college proposals include LSU, or would it only apply to actual schools?”

That’s typical fare from our city cousins, but, then again, who among us has not poked fun at those who come from what we imagine are lessor environs of sophistication than our own? It’s a venial sin, I suppose, so we can put it aside with a bit of a grumble. But, not this;

This is a video from 2016 that’s gotten an enormous amount of attention. Bloomberg is talking about the fact everyone wants a job with dignity. He’s sincere in that. But, then, he goes on to effectively say farming and making stuff—what we do in Rural America—just ain’t dignified. There’s no mind work in it, just grunt work and, in an information age, we don’t need folks without sufficient “gray matter.”

The amazing thing is that he believes it. Like Hollywood actors, he may know his craft, but as far as the outside world is concerned he knows nothing — absolutely nothing. Thank you, yet again, Ricky Gervais, for that inspiring truth of which we all need to make more use. Watching this, in fact, we’re left with a head throbbing from wondering how this fellow got to be so rich.

The answer, of course, is that Bloomberg suffers from the fatal conceit; the idea that intelligence in one matter is wisdom in all. It’s called pride for those familiar with Genesis, the greatest book ever written. It’s also the prime ingredient in the urban smugness that oozes from Bloomberg’s posture, tone and shallow reasoning. He’s lived in a bubble and he’s the Seinfeld bubble boy; a spoiled brat who has created his own world in which he moves the pieces on the board to say “no salt for you,” “no big gulps” and “guns for me and not for thee.”

This urban smugness infected environmentalism soon after the term replaced another, that of conservation, and removed “wise use” from the lexicon. It became a matter of saving things in one’s own backyard from any use. Those with the wealth to fight immediately employed environmentalism as cover for doing so. What was a true concern for the environment and its stewardship became a Potemkin Village facade for a leisure class war against anything that threatened to dump the middle class on their doorstep. The task was to keep those commoners at a distance and create a virtual reality moat around their castles and country estates; their own private wildernesses.

It started with a 1973 “Task Force Report Sponsored by The Rockefellers Brothers Fund.” That was back in the day when the family was less reticent to expose their undue influence and put their name on front covers. The formal title was “The Use of Land: A Citizen’s Guide to Urban Growth” but it was all about guiding citizens out of the way. Here are a few choice quotes (emphasis added):

Put these together and you have a license to steal land (or mineral rights) using the excuse your neighbor’s plans offend your sense of culture or what you think is a great view of their land. This is the current day situation and behind it is an urban smugness not just about your plans but you; you who can’t be trusted. It started with the Rockefeller Brothers co-opting of environmentalism and transforming of it into own their latest plan to make wildernesses around themselves.

The plan quickly became a template for what William Tucker wrote about so eloquently in “Environmentalism and the Leisure Class.” The sub-title was “Protecting Birds, Fishes and, Above All, Social Privilege”) and it appeared in Harper’s magazine in 1977.  Here are some of his prescient observations about a movement ironically created to fight a proposed renewable energy project – the Storm King pumped storage hydroelectric facility (which was never built because Hudson Valley Rockefeller types opposed it):

…I was getting awfully suspicious about environmentalists. Their solutions lo problems had an inordinate amount of impracticality about them, more than they would have tolerated in their own lives. The environmentalists in any given area seemed very easy to identify. They were, quite simply, members of the local aristocracy, often living al the end of long, winding country roads. They had leaned the lessons of conspicuous consumption and had allowed a certain amount of genteel rusticity to enter their lives. Instead of imitating Greeks and Romans, they seemed to be patterning themselves after the English gentry.

The environmentalists knew the language of energy and ecology, and could describe a future filled with windmills and with bright sunshine radiating “inexhaustible energy.” Yet one never got the impression that these people were planning lo be part of it. The “soft energy” of the future was a vision offered to persuade people lo forgo the nastier, more vulgar realities of the “hard energies” of the present…

There was another thing that disturbed me about environmentalism. That was the ‘way it always seemed to favor the status quo. For people who found the present circumstances lo their liking, it offered the extraordinary opportunity to combine the qualities of virtue and selfishness…’

The environmental vision is an aristocratic one, conjured at the point where an idyllic past blends nicely with an imaginary future. It can only be sustained by people who have never had to worry much about their security…

But the message here is clear, and it should not be obscured by the facts. Nuclear energy is “hard” and “dirty” and involves nasty realities of life. Solar energy, on the other hand, is “soft” and “clean.” It is most notable for the lack of effort it promises. The future will hold no more grubby realities such as digging coal out of the ground or drilling for oil, no more handling of dangerous materials. There will be nothing to do but sit back and watch the windmills revolve and the sun shine. The correct word for the environmental vision is not clean or soft. It is genteel…

My quarrel is with the political “environmentalism” that offers no reasonable alternatives but proposes solutions which entail delaying or abandoning present, feasible and proven technology and “waiting for” solutions that are “soft”, “attractive.” and “just on the horizon.”

The leisure-class environmentalists will be perfectly content to leave things the way they are, regardless of the economic consequences, since, as [Thorstein] Veblen notes, “at any given time this class is in a privileged position, and any departure from the existing order may be expected to work to the detriment of the class rather than the reverse. The altitude of the class [is] to leave well enough alone.”

…The great appeal environmental solutions offer is that they can be worn like a badge of success. To say that one is an “environmentalist” or that one favors “no-growth” is to say that one has achieved enough well-being from the present system and that one is now content to let it remain as it is – or even retrogress a little – because one’s material comfort under the present system has been more or less assured…

Tucker couldn’t have said it any better. Conservation was about smart use of natural resources to preserve their values for future generations. Environmentalism is about class. It’s what separates downstate from upstate and, in a state such as New York, it is downstate that dominates. Lacking a republican form of government that balances the rights of rural and urban in the way our Federal government is organized, downstate New Yorkers blithely dispense with the needs and rights of Upstaters. There is no balance, only condescension and urban smugness; the kind that produces a paternalistic pompous ass such as Michael Bloomberg.