Electric Vehicles: A Fantasy of the Rich Subsidized by the Rest of Us

[Editor’s Note: Electric vehicles are trendy but not very Earth-friendly, affordable or emission-free, for that matter; no, they’re just taxpayer-subsidized virtue signaling.].

Tesla may be synonymous with electric vehicles right now. But within a few years, GM, Volvo and many other manufacturers will be making mostly or only EVs, because they’re emission-free, climate-friendly, socially and ecologically responsible, and more affordable every year. Which explains why we need subsidies to persuade people to buy them, and mandates to force people to buy them. 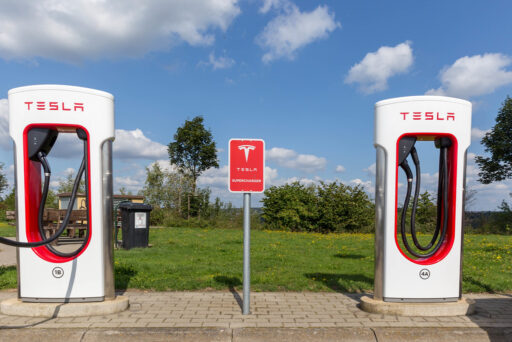 President Biden wants all new light/medium-duty vehicles sold by 2035 to be electric vehicles. Vice President Harris wants only ZEVs (zero emission vehicles) on America’s roads by 2045. Various states are considering or have already passed similar laws; some would even ban the sale of new gasoline and diesel vehicles by 2030. Climate Czar John Kerry will likely be happy to buy electric vehicles to expand his fleet of twelve cars, two yachts, six houses, and the private jet he flies in to accept climate crusader awards.

AOC would use her Green New Deal to “massively” expand electric vehicle manufacturing and use. She herself now drives an EV, most likely a $48,000 Tesla Model 3 Long Range (350 miles per charge).

Mini AOC also has an EV, pink and suitably sized for a 10-year-old. She launched her GND and bought her mini-car after viewing, “like, the most important documentary on climate change. It’s called Ice Age 2: The Meltdown. That’s not me saying it. That’s science!” she explained. “My Green New Deal will cost, like, 93 trillion dollars. Do you know how much that is? Me neither. Because it’s totally worth it. If sea levels keep rising, we won’t be able to drive to Hawaii anymore!” (Not even in her EV!)

For some people electric vehicles are an easy choice. But why the hefty subsidies? Why do the rest of us need mandates and diktats – and a new Henry Ford dictum, letting consumers have any kind of car they want, as long as it’s electric. Regardless of needs or preferences. (But at least we can choose the color.)

More important, who’s actually getting the subsidies? and who’s paying for them? What other costs and unintended consequences are Big Green, Big Government, Big Media and Big Tech keeping quiet about?

A 2021 Tesla Model S Long Range can go 412 miles on a multi-hour charge; its MSRP is $80,000. The Model Y all-wheel-drive is $58,000. A Nissan Leaf is “only” $34,000 but only goes 149 miles. Mileage of course assumes temperatures are moderate and drivers aren’t using the cars’ heater or AC. Similar sticker-shock prices apply to other EV makes and models, putting them out of reach for most families.

To soften the blows to budgets and liberties, Senator Chuck Schumer (D-NY) wants to spend $454 billion to install 500,000 new EV charging stations, replace US government vehicles with electric vehicles, and finance “cash for clunkers” rebates to help at least some families navigate this transportation transformation.

Politicians are being pressured to retain the $7,500 per car federal tax credit (and sweet state tax rebates) now scheduled to lapse once a manufacturer’s cumulative vehicle sales since 2009 reach 200,000. EV drivers also want other incentives perpetuated: free charging stations, access to HOV lanes for plug-ins with only the driver, and not having to pay fees that substitute for gasoline taxes to finance the construction, maintenance and repair of highways they drive on.

A 2015 study found that the richest 20% of Americans received 90% of these generous EV subsidies. No surprise there. Clearly, lobbyists are more valuable than engineers for EV manufacturers and drivers.

This perverse reverse-Robin-Hood system also means subsidies are financed by taxpayers – including millions of working class and minority families, most of which will never be able to afford an EV.

Any cash for clunkers program will exacerbate the problem. By enabling sufficiently wealthy families to trade fossil-fuel cars for EVs, it will result in millions of perfectly drivable cars and trucks that would have ended up in used car lots getting crushed and melted instead. Basic supply and demand laws mean the average cost of pre-owned ICE vehicles will soar by thousands of dollars, pricing even them out of reach for millions of lower-income families. They’ll be forced to buy pieces of junk or ride buses and subways jammed with people they hope won’t be carrying next-generation COVID.

The United States will begin to look like Cuba, which still boasts legions of classic 1960s and ‘70s cars that are cared for and kept on the road with engines, brakes and other parts cannibalized from wrecks and even old Soviet cars. Once the states and federales ban gasoline sales, even that will end.

Perhaps even more ironic and perverse, the “zero emissions vehicle” moniker refers only to emissions in the USA – and only if the electricity required to manufacture and charge ZEVs comes from non-fossil-fuel power plants. Texans now know how well wind turbines and solar panels work when “runaway global warming” turns to record cold and snow. Californians have to dodge future rolling blackouts.

For several years now, production engineers have been pondering how to retool plants from ICE to EV engines. They better start thinking about how to retool and power their entire factories – and our planet.

With many politicians and environmentalists equally repulsed by nuclear and hydroelectric power, having any electricity source will soon be a recurrent challenge. Having reliable, affordable electricity will be a pipe dream. Simply having enough electricity to replace all of today’s coal and gas power generation, internal combustion vehicle fuels, natural gas for cooking, heating and emergency power, coal and gas for smelters and factories, and countless other now-fossil-fuel uses, will be a miracle.

Every home, neighborhood and city will also have to replace existing gas and electric systems to handle the extra loads. More trillions of dollars. There’s also the matter of nasty, toxic, impossible-to-extinguish lithium battery fires – in cars now, and soon in homes, parking garages and backup battery facilities.

We’re talking millions of wind turbines, billions of solar panels, billions of battery modules, thousands of miles of new transmission lines. They’ll kill birds and bats, disrupt or destroy sensitive habitats, and impair or eradicate hundreds of plant and animal species. As electricity prices rise, US factories won’t be able to compete against China and other nations that don’t have to and will not stop using fossil fuels.

Zero emission fantasies also ignore the essential role of fossil fuels in manufacturing ZEVs (and pretend-renewable energy systems). From mining and processing the myriad metals and minerals for EV battery modules, wiring, drivetrains and bodies, to actually making the components and finished vehicles, every step requires oil, natural gas or coal. Not in California or America perhaps, but elsewhere on Planet Earth, especially Africa, Asia and South America, most often with Chinese companies in leading roles.

A single EV battery module needs some 30 pounds of lithium, plus many other metals and materials totaling at least 1,000 pounds: from commonplace iron, copper, aluminum and petroleum-based plastics, to “exotics” like cobalt and multiple rare earth elements. An EV requires three times more copper than its ICE counterpart; a single wind turbine needs some 3.5 tons of copper per megawatt of electricity.

And every 1,000 tons of finished copper involves mining, crushing, refining and smelting some 125,000 tons of ore – and removing thousands of tons of overburden and surrounding rock just to reach the ore. The same is true for all these other materials, especially rare earths. Try to imagine the cumulative global impacts from all this mining and fossil fuel use – so that AOC, Al Gore, Leo Di Caprio and other wealthy, saintly people can drive “clean, green, climate-friendly” electric cars. (That’s OK. Mini AOC can’t either.)

Even worse, many of these materials are dug up and turned into “virtuous” electric vehicles, wind turbines and solar panels – in China, Congo, Bolivia and other places – with little regard for child labor, fair wages, workplace safety, air and water pollution, toxic and radioactive wastes, endangered species and mined land reclamation. It’s all far away, out of sight and out of mind, and thus irrelevant. And amid all this is the touchy issue of Uighur genocide and their people being sent to re-education/slave labor camps, to help meet China’s mineral, EV and other export markets.

How long will we let real social, environmental and climate justice take a back seat to EV mythology?