[Editor’s Note: Absolutists are almost always the enemy of the good and that applies to air pollution and climate fanaticism. Reason cannot be ignored.]

The recently released Fossil Fuel End Game report claims that peaking power plants should be replaced with wind, solar and distributed battery storage because it would save money and lives.  However, the basis for that claim ultimately comes down to the belief that there is no acceptable level of air pollution.  This post explains why I think that is absurd and explains how this concept is misused by activists.

I am a retired air pollution meteorologist with over 40 years-experience analyzing the relationship between air quality and environmental standards.  The opinions expressed in this post do not reflect the position of any of my previous employers or any other company I have been associated with, these comments are mine alone. 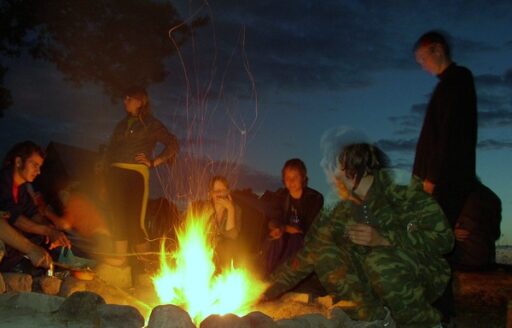 The Clean Air Act, which was last amended in 1990, requires EPA to set National Ambient Air Quality Standards (40 CFR part 50) for six principal pollutants (“criteria” air pollutants) which can be harmful to public health and the environment.  The National Ambient Air Quality Standards (NAAQS) “provide public health protection, including protecting the health of ‘sensitive’ populations such as asthmatics, children, and the elderly”.  My career is based on the presumption that air quality that meets those standards is acceptable.

In order to achieve and maintain air quality that meets the NAAQS the Environmental Protection Agency working with state and local regulatory agencies have developed extensive procedures.  In this instance the important thing to know is that they have been monitoring air quality ever since the Clean Air Act was enacted and they have developed air quality models that can be used to predict ambient concentrations.  Importantly, the numerical models are based on observations and have been verified as being accurate since the Clean Air Act has been enacted.

Using those tools over the years they have a very good understanding of the status of air quality relative to the NAAQS.  According to the EPA nonattainment/maintenance status summary, there are multiple counties that do not attain the NAAQS for ozone and New York County does not meet the coarse particulate matter standard.  Note that all of New York State meets the inhalable particulate NAAQS.  All the other pollutants are in attainment.

There is no question that air pollution can cause health effects.  The issue is whether there is a threshold when the health effect is so weak that it can be ignored.  The linear no threshold model (LNT) is a conservative model used to estimate health effects from small doses of radiation. According to the LNT model, “radiation is always considered harmful with no safety threshold, and the sum of several very small exposures are considered to have the same biological risk as one larger exposure (linearity)”. It is being used today to claim health effects for air pollution levels below the NAAQS.

There is a fundamental problem with this approach for radiological assessments:

The problem is that, at very low doses, it is practically impossible to correlate any irradiation with certain biological effects. This is because the baseline cancer rate is already very high and the risk of developing cancer fluctuates 40% because of individual life style and environmental effects, obscuring the subtle effects of low-level radiation. Therefore, it is very difficult to validate this model.

Because it is so conservative there are consequences.  It assumes all radiation is bad and the health effects increase linearly with dose from the threshold of zero.   As a consequence: “The probabilistic nature of stochastic effects and the properties of the LNT model make it impossible to derive a clear distinction between ‘safe’ and ‘dangerous,’ and this creates some difficulties in explaining the control of radiation risks.”

Despite those inherent problems the LNT model has been applied to air pollutants too.  Whenever you hear a claim that such and such a regulation will reduce air pollution and there will be some number of reduced health impacts the LNT model of air pollution impacts was used.  This presumes there is no threshold of an effect on an individual.  It extrapolates observed health effects on a population at high concentration down to low concentrations.  When the resulting small impact is multiplied by a large number of individuals then proponents of this approach claim reducing air pollution will result in a quantitative reduced health impact.

I think this is absurd as I will show in this example.

No one questions the fact that prolonged exposure to wood smoke can cause health problems.  I have no doubt that there are health studies that have conclusively shown that at high pollution levels people have contracted cancer.  For the sake of argument assume the health studies have found wood smoke at a continuous dose of 100 ppm for one year causes cancer.  The LNT model can be extrapolate that dose response down to 0.00019 ppm per minute.

Environmental activists combine the LNT model with epidemiological studies of air pollution to contrive health impact benefits particularly for inhalable particulates.  For example, in September, 2011 US EPA Administrator Lisa Jackson testified to Congress that fine particles kill hundreds of thousands of people in America every year, a claim based on EPA epidemiology and extrapolated projections.  However, Enstrom tested the validity of this relationship and found no effect of fine particulates.  Nonetheless, these results have been used for years to justify regulations and legislation.

I do not accept the premise that there isn’t a threshold of acceptable air pollution.  This presumption is behind the cost benefit analysis of most recent EPA air quality regulations.  Now it is being used in New York to justify the legislative phase-out of fossil fuels.  Coupled with the absence of evaluation of the life cycle environmental and economic impacts of fossil fuel alternatives this is a recipe for poor policy.