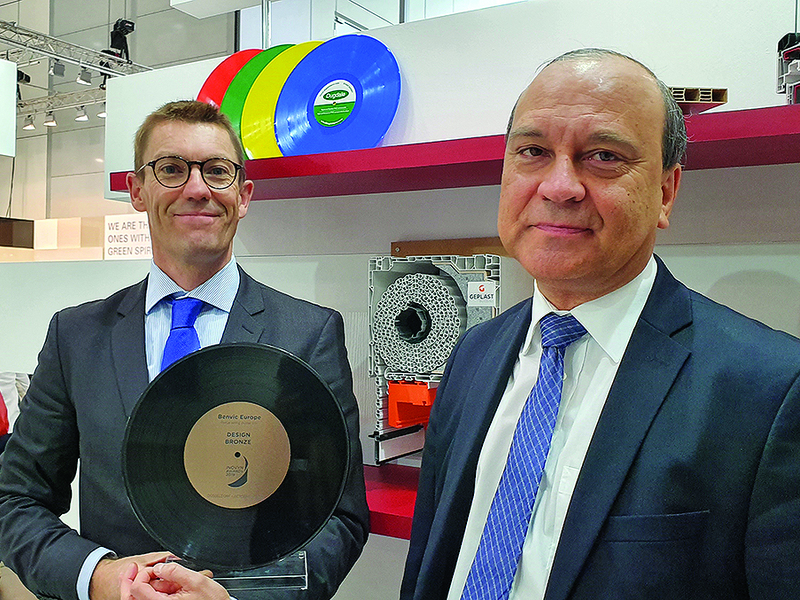 Compounder Benvic will be going through a phase of integration following an intensive acquisitions and growth period.

Coinciding with the start of K 2019, the French PVC compounder relaunched as Benvic Group to reflect the expansions over the past 18 months, which involved acquisitions in France, the United Kingdom, Italy and Poland.

Formerly known as Benvic Europe, the company was part of Solvay’s compounding business, which was divested in 2013 and changed hands until acquired by Investindustrial in early 2018.

Since then, with a motto of “Benvic forever more naturally,” the company has undergone a series of organic and inorganic growths, covering technology, capacity and product portfolio, according to company CEO Luc Mertens.

The company acquired Sowerby Bridge, England-based Dugdale Compounds Ltd. as recently as Sept. 20, hot on the heels of the purchase of French recycling Ereplast France earlier that month.

With around 26,000 metric tons of production a year, Dugdale complements Benvic products in terms of specialties as coloring features and expands the company’s production footprint into the U.K., Mertens said.

The U.K. investment was the latest in a series of acquisitions by the Chevigny-Saint-Sauveur, France-headquartered compounder, which claims the top spot within the European PVC compounding market with a total production capacity of 200,000 tonnes a year.

In Italy, the company acquired the site of the former VinyLoop PVC recycling site in Ferrara last October, along with the plant’s workforce. With the acquisition of Italian biopolymer startup Plantura in early 2019, the French compounder launched a new biopolymers and technical polymers manufacturing line in Ferrara.

In addition, Benvic expanded its production portfolio with the takeover of Italian Modenplast Medical, which specializes in medical-grade vinyl compounds and tubing extrusion.

Based in Ubersetto di Fiorano, near Modena in northern Italy, Modenplast operates a local plant and exports around 85 percent of its output, chiefly to Germany and northern Europe.

Based in Witkowo, near Warsaw, Alfa PVC produces soft and rigid vinyl granulate.

Mertens now believes that the next stage of growth will involve annual investments in technology upgrades and new products. For instance, it will leverage its expertise in compounding and its strong market position in France to help recycling business Ereplast expand in the country.

“In terms of recycling, our first market is France. Our acquisition of Ereplast was a very good decision as they are very close to our plant and the goal is to improve the quality of their products,” Mertens added.

According to the CEO, there are customers who are currently looking for recycled content, and the Ereplast business can help Benvic meet that demand.

“The main difficulty of this process is collecting. With our position in France and our knowledge of the market and customers, we can help Ereplast with the collection of PVC waste,” he noted.

Bringing the new group identity to K, Benvic is offering its extensive range of PVC-based thermoplastic solutions in the form of powders and compounds.

The company was recognized for its offerings on the first evening of K, during an Inovyn award.

The product has improved sound insulation in addition to thermal insulation properties, which are achieved by PVC.

“They have been working on acoustic complex, which employs a blend of foamed polystyrene topped with a layer of soft, highly filled PVC, both developed by Benvic. This combination has a high specific gravity, which helps dampen the noise,” explained Philippe Gressier, sales director at Benvic.