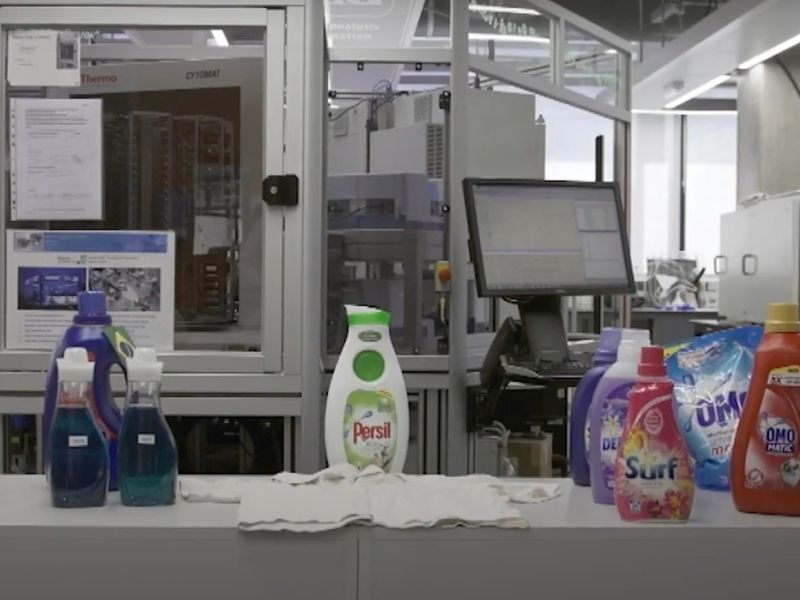 As major consumer product companies rethink how they use plastic packaging, a new report points to changes, including much less growth in resin consumption, more recycled content and a push to eliminate hard-to-recycle items and plastics.

The Ellen MacArthur Foundation Nov. 5 released a report tracking the first year of work by 118 companies and 17 governments in its New Plastics Economy Global Commitment project.

The companies, which include some of the world’s biggest buyers of plastic like Coca-Cola Co., PespiCo Inc. and Unilever plc, made a series of pledges to the foundation in 2018 to shift their plastics use by 2025.

Now, they’re reporting the results for the first year, offering a snapshot of both major changes and challenges ahead.

“We see real progress is already being made in year one,” said Sander Defruyt, lead of the New Plastics Economy project at the foundation. “We see a 22 percent increase in recycled content [and] we see almost all signatories are eliminating PVC and polystyrene packaging. We see $10 billion of investments committed to achieve these targets.

“But we also see, and it’s also crucial to point out, that we will need a further substantial acceleration of progress over the coming years in order to meet the 2025 targets,” he said on a Nov. 5 webinar to announce the report.

One change that could be felt broadly in the plastics industry — the companies said the amount of virgin plastic they used dropped 0.1 percent in 2019.

That was replaced by recycled resin, but even then, the companies reported only a 0.6 percent increase in plastics use.

That 0.1 percent decline in virgin resin might sound like a modest impact — the report terms it both a “positive” development and a “minor” drop — but it’s also much less than the average global growth for the plastics packaging industry.

Both the EMF report and other studies say the plastic packaging sector as a whole grows about 3-4 percent a year.

The drop in virgin resin use is not a complete surprise. Unilever and Clorox Co., for example, last year announced plans to cut their use of virgin plastic in half by 2025.

The report said 31 percent of the packaged goods and retailers, or 18 companies, committed to cuts in plastics use totaling 23 percent, or 11 million metric tons, by 2025. Various national government plans in Europe include similar targets.

The report is evidence that, as a group, the companies in the EMF project are beginning to scale back the amount of plastic they use.

EMF said it expects further drops in use of virgin resin as companies implement their plans, but it also suggested the coronavirus pandemic, with its increase in takeout food packaging and bubble wrap for shipping, could interrupt that. It said the report can’t measure pandemic impacts because it only covers 2019.

While EMF termed the developments as significant steps forward in some areas, another environmental group said it showed that “little progress” was being made by the brand owners.

In a Nov. 5 statement, the Break Free From Plastic Movement argued for companies to put more emphasis on reusable packaging and take concrete steps like supporting deposit systems to create clean streams of recycled materials.

That group pointed to a Pew Charitable Trust study earlier this year that estimated that even with existing commitments from companies, the amount of plastic flowing into the ocean would only be reduced 7 percent by 2040, absent substantially more action.

Companies in the program say they’re putting a significant focus on their plastics goals.

“[Chairman Fisk Johnson] is pushing our business units on reducing our use of plastics, driving recyclability and getting to aggressive targets on [post-consumer recycled plastic],” VanderMolen said. “We do that through a chairman’s sustainability council, where on a monthly basis, the leaders of our company, 14 of us, come together and look very specifically at the incremental progress we’re making against our plastic goals.”

For example, the Racine, Wis.-based company said it plans to triple the amount of post-consumer plastic it uses by 2025. As part of that, it announced Nov. 5 that 14 percent of its plastics packaging is now post-consumer, compared with 6 percent last year.

Overall, the companies working with EMF reported 6.2 percent average recycled content levels last year, which was a 22 percent increase from 2018.

That’s still well below targets, though. Many of the firms in the New Plastics Economy project have recycled content commitments of 25-50 percent. As of today, some big names are far below the 6.2 percent average in the EMF report.

“The data shows substantial differences in progress across companies. Some of them are making progress on multiple targets and others showing little to no progress,” Defruyt said. “There could be many reasons for that.”

Some companies may be showing lower numbers for recycled content because tighter regulations make it more challenging to use it in food packaging, and because it was only the first year of their commitments, he said.

He pointed to $10 billion of investments that signatories have announced to meet their global commitments, as well as pilot programs around reusable packaging,

“There are a few positive signals, that foundations are being laid for more progress to come in the coming years,” Defruyt said. “But equally, it’s crucial to point out that for the type of change that we are looking to see, 2025 really is around the corner and we urgently need to see these investments, these pilot activities. to bear fruits and really see all signatories start to deliver results very soon.”

The foundation’s website includes an online database showing how each of the more than 100 companies are doing at meeting their goals.

The report also looked at steps needed to get to a target of 100 percent of packaging being recyclable, reusable or compostable by 2025. It said that without either moving away from some plastics materials or substantially beefing up recycling systems, it will be challenging to get to the 100 percent mark.

Right now, the companies report that 65 percent of their plastic packaging meets the foundation’s definition of recyclable, reusable or compostable.

Defruyt said companies could raise that a few percentage points with design changes — the traditional route for making a package recyclable — but he questioned whether there’s a credible path to recycle much of the rest.

The report estimated that for about 30 percent of the plastic packaging the companies use, the options are either “fundamental decisions and bold action … to make them recyclable at scale” or they need to be abandoned for different packaging.

“With this report today, we see in the data that if we look at the small design tweaks to packaging, changing the colors, the labels, the caps, the typical things that people have been focusing on for the past decades, I would say, you can still improve from the current 65 percent recyclability for our signatories to about 70-73 something percent,” he said.

“But then [for] the remaining 25-30 percent, it’s really the packaging type itself that is not recyclable today for which no recycling system at scale exists,” Defruyt said.

Those included packaging using PVC, polystyrene and expanded polystyrene. The report claimed “broad industry alignment” to phase out those materials, as well as “small format” flexible packaging like chip bags and sachets.

“That’s where our call to action came from, to say for these packaging types, we need to have a clear answer on where we go collectively as an industry, because if there’s no credible pathway to make some of these packaging types recyclable, then we should start urgently moving away from them,” he said. “Otherwise, we’re going to miss our targets.”

Defruyt said looking at packaging recyclability in that detailed way is causing consumer brand companies to shift their thinking.

“Really pushing that ambition level from theoretical recyclability to recycle in practice and scale has really shifted the debate, has shifted the thinking in many of these companies at how they look at recyclability,” Defruyt said.

Some environmental groups question the 65 percent figure for plastic packaging, saying it may include packaging that is technically recyclable but is not in practice recycled in community programs.

The EMF report noted wide ranges in the recyclability figures reported by companies. Those mainly in beverage products reported 88 percent, for example, while those in apparel, footwear and accessories reported 7 percent.

EMF estimated that a “staggering” 71 percent of plastic packaging globally is not recyclable today in practical terms, because systems don’t exist to collect and recycle it effectively on a large scale. Much of that is flexible packaging, the report said.

Defruyt also said many of the goals companies have set so far are too focused on recycling, and he urged them to set more plastics reduction targets and look broadly at different packaging models, like reusables or finding ways to deliver products without packaging.

“I think it’s very clear and very obvious that we won’t simply recycle our way out of this problem,” he said, referring to a Pew study that said the volume of plastics put on the market in the next 20 years is expected to double. “Even the most ambitious scaling of recycling that one can realistically imagine is not able to keep up with that.”