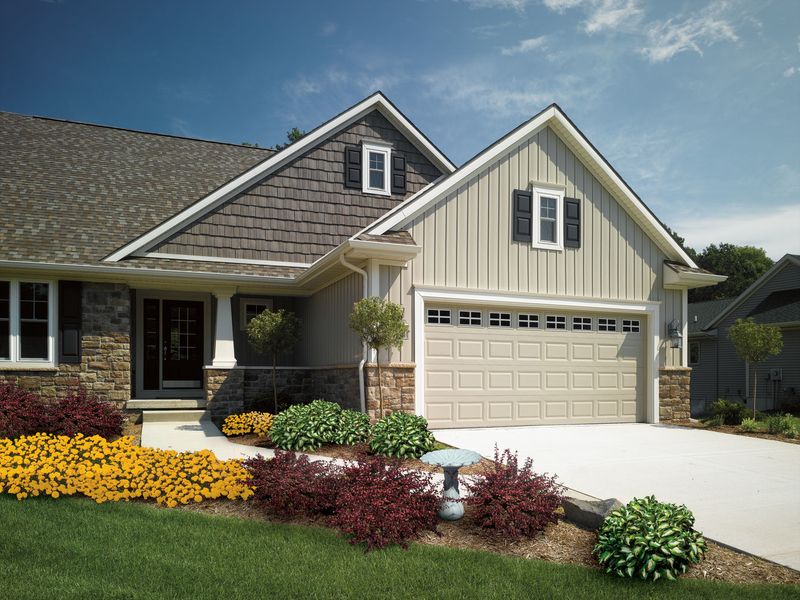 The 30-year mortgage rate in the U.S. is currently hovering around the historically low level of 3 percent. This extremely modest rate is primarily due to the efforts of the Federal Reserve Board, at the behest of the president, to keep interest rates suppressed in an effort to stimulate the economy.

As a lifelong student of economics, I have mixed feelings about the long-term viability of this strategy — what else would you expect from an economist? Interest rates this low are indicative of an economy that is not vibrant and robust. OK, that is not a surprise given the fact we are trying to recover from the damage inflicted by the pandemic. Maybe this is what we need.

What gives me pause is the worry we will never develop the political will or the productive ability to allow interest rates to rise back up to a level that is indicative of an economy that is vibrant and robust. The recent experiences of both Europe and Japan are good examples of economies that became dependent on ever-lower interest rates without achieving and sustaining healthy rates of growth. Nevertheless, I will try to stay focused on recovering from the COVID-19 outbreak, and the low mortgage rates are clearly stimulating near-term activity in the residential construction and real estate sectors.

The data on mortgage applications was volatile during the first few weeks of the shutdown, as demand for refinancing surged and demand for purchase mortgages plummeted. This data has moderated in recent weeks as lending conditions for refinancing have tightened a bit while at the same time purchasers have started to come back into the market. The net result is that total mortgage applications are now above where they were before the pandemic hit, and they are also above the levels of a year ago. It is estimated that over 60 percent of all outstanding U.S. mortgages could be lowered by at least a half percentage point. Not every household could qualify, but that is still a lot of disposable household income that could be spent or invested in other ways.

For instance, some of this money could be spent on home improvement projects. Stores that sell building materials and supplies to local contractors and do-it-yourselfers are a big end market for many plastics products, including pipe and profiles, and here the news is very encouraging. At a time when total U.S. retail sales are down due to the recent recession, retail sales at building material and garden equipment and supplies dealers are up a salubrious 10 percent for the year to date.

Data on U.S. housing starts is also rebounding. There were just over 122,000 new houses started in June. This was a jump of 21 percent when compared with the total in May of this year, and it was a decline of just under 3 percent when compared with the total from June 2019. All things considered, a monthly decline of less than 3 percent in total housing starts is good news.

It will likely come as a surprise to many that through the first six months of this year, the housing starts total is still slightly ahead of the comparable period from 2019. Clearly, we had something special going in the first quarter of this year. The monthly data will probably be volatile over the next few months, but it is possible the annual total for housing starts this year will register a gain. My current forecast calls for a flat year overall, but I do not have a lot of confidence in this call. I will remain ready to adjust it up or down until the pandemic picture is clearer.

It must be noted that many permitting places across the country were closed during some portion of the shutdown, so there will be a lot of pent-up demand in the permits and starts data in the coming months. But as the pent-up demand fades, I still believe there will be enough underlying growth to sustain the upward trajectory in both through the end of this year and beyond.

An emerging headwind to residential construction activity is the recent surge in new cases of COVID-19 in places like Texas, Florida and California. These states may close portions of their respective economies, and this could once again result in a decline in demand for new houses. The fact that these particular states are among the biggest markets for plastic building materials ensures that I will be watching this situation carefully.

One final trend I will mention is for existing home sales. After declining sharply in the second half of March and all of April and May, sales of existing homes spiked up in June. The annualized seasonally adjusted total for June was just over 4.7 million units. This was a gain of nearly 21 percent when compared with May, but it was still down by 11 percent when compared with a year ago. So, the combination of reopening economies and incredibly low mortgage rates spurred a lot of buyers to act, but we are not yet in full recovery mode.

Of the four major U.S. Census regions, the West and the South registered the largest monthly gains in home sales coming in at 32 percent and 26 percent, respectively. Obviously, the sales data from these regions could soon be negatively affected by the latest trends in the pandemic. The other two regions, the Midwest and the Northeast, experienced smaller gains but were still solidly positive.

As of now, the cumulative result of all these trends is quite positive for manufacturers of plastic building materials. The extra time we have spent at home recently has energized our desire to build or improve something. So, whether we are building a new house, purchasing an existing one or improving our current home, our appreciation for a safe, comfortable living environment has likely increased. That bodes well for the long-term outlook for building materials — with or without the Fed’s help.