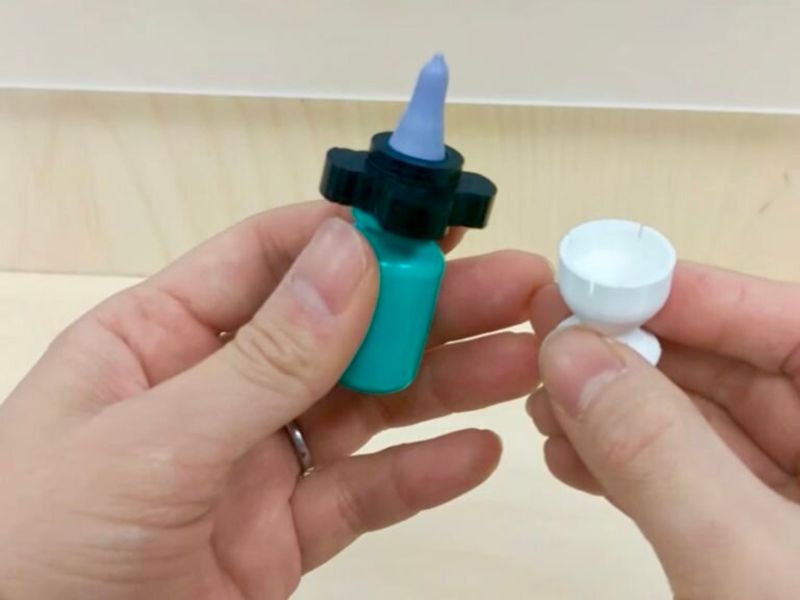 A new startup used the versatility of plastics to bring an eye-dropping change to the medical industry, with the first parts ready to deliver to customers this summer.

In 2017, Allisa Song, a current medical student at the Mayo Clinic in Minnesota, read a ProPublica investigative story detailing how drug companies make eyedrops too large for the human eye, and as a result consumers have hundreds of dollars worth of medication dripping down their face, wasted.

“Not only is it annoying, but that little bit drips down and adds to the financial barrier for those who are spending hundreds on higher-end prescriptions,” she told Plastics News in a recent interview.

Song recruited a group of engineers and medical students — Elias Baker, an engineer and chief operating officer, Mackenzie Andrews, chief commercialization officer, and and Jennifer Steger as chief scientific officer — and the Nanodropper was born. The company has since hired a team to help assist get the device to market.

Together they prototyped a device that creates a smaller droplet to be used with prescription eye drops, an amount that will fit into the human eye without creating waste.

The Minnesota-based Nanodropper consists of an liquid silicone rubber molded tube and high density polyethylene base and cap parts, Baker said. The adapter is a sterilized medical device and has been approved by the FDA.

“It essentially has a smaller opening on the end of the tip, and it goes onto the top of current existing eyedrop bottles just like the OEM cap would,” he said.

The project targeted glaucoma medications, which can cost up to $500 per bottle, with some people paying $800 out of pocket for a three-month supply, Song said. About 25 percent of patients run out of the medication before their next refill.

“We estimate that we extend the bottle life three- to fourfold,” she said.

The project gathered more than $200,000 in funding through grants and prizes in the years since the initial idea was created.

The Nanodropper is priced at $14.99 and is available for presale with a discount.

“It turns out there were other companies that tried to make a brand new packaging system and they were reliant on drug companies and the incentives didn’t align — they weren’t successful,” Song said.

So Nanodropper took the direct-to-consumer approach and customers can easily purchase the device and fit it to their current prescription bottle.

The company has been in production with its two U.S.-based manufacturers, one making the HDPE base and cap and the other specializing in molded LSR. The packaging itself is made from nylon-nylon film.

“Picking our manufacturers was a big thing for us. We wanted to pick a manufacturer that had easily accessible communication, even if it’s a bit higher of a price point,” Baker said. “And staying in the U.S. vs. going overseas.”

Song said the team was waiting on its first shipment, with hopes the Nanodropper can go to market by the end of June.

According to the Social Science Research Network, six class action lawsuits were filed in recent years over the issue of prescription eye droppers, many citing that consumers had to purchase an unusable portion of each eye drop in multi-use containers. Allergan, Merck, Pfizer and Valeant were included in some of the lawsuits.