Middle East turmoil never seems to end, but one part of it has concluded thanks to fracking: the impacts on Americans who are now independent of it.

Last week, the governments of both Lebanon and Iraq resigned. Seemingly organically, large protests erupted in both countries cutting across the ethnic divide. In each case, the protesters demanded change to the static political environment.

Both Iraq and Lebanon contain large amounts of Sunni and Shia citizens (with Lebanon also having a large Christian population), but in both countries the protests were not just about political corruption, favoritism and ossification. They also were about the enormous influence of Iran. Through its proxy Hezbollah in Lebanon and through its control over many of the Shia militias as well as the economy of Iraq – where Iran supplies natural gas and electricity to Iraq’s outdated power grid – Iran remains the power behind the government in both countries.

Read the rest of Dan Markind’s article at Forbes.com. 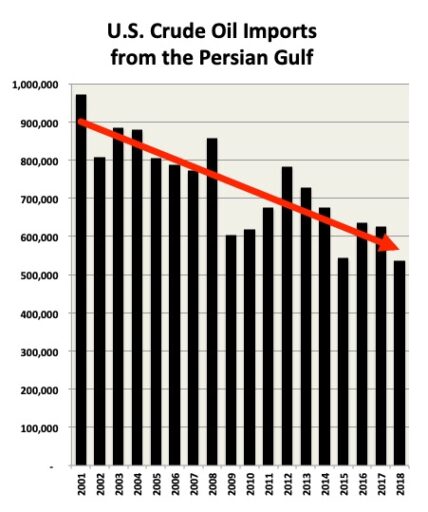 Editor’s Note: The lack of impact on us as a result of what’s happening in the Middle East these days is directly attributable to fracking here at home, a point too many are unwilling to recognize because they have put on ideological green shades so dark they can no longer see through to the truth. Dan pinpoints the truth, as he always does. Read his entire article to get a handle on it. And, take off those shades if you’re serious about energy security and dealing effectively with Middle East issues!

Daniel Markind is a shareholder at Flaster Greenberg PC who practices in Energy, Real Estate, Corporate, and Aviation Law. He can be reached at daniel.markind@flastergreenberg.com. Any opinions expressed in this article are those of the author, and do not necessarily reflect those of Flaster Greenberg PC.