Kickstart: A crossover for plastics, automotive 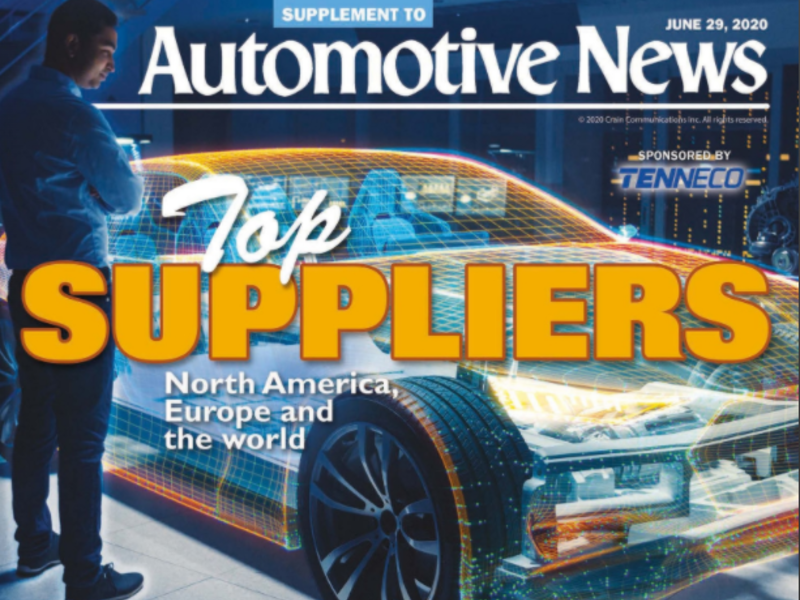 Plastics News is wrapping up its biggest ranking of the year in this week’s issue, counting more than 500 injection molders in North America. (Hollee Keller has a little more information on the second part of the ranking from the June 29 issue.) And our sister publication, Automotive News, also has one of its biggest rankings of the year this week, the biggest auto suppliers in the world.

Why mention it? Because there’s a big overlap between the biggest molders and the biggest suppliers.

Out of AN’s Top 10, eight have some kind of in-house plastics. And its third-largest supplier, Magna International Inc., is No. 36 on PN’s ranking of top injection molders. Its No. 8, Faurecia, is No. 48 for PN.

In case you were wondering, the other Top 10 auto suppliers with in-house plastics are Denso Corp., Continental, ZF Friedrichshafen, Lear Corp., Hyundai Mobis and Valeo.

Plastics and sustainability have had a tumultuous past few months. We’ve gone from consumer brands touting their move away from virgin plastics in favor of recycled material to the coronavirus pandemic prompting increased use of plastics packaging and suspension of bag bans to a point where some communities are eyeing renewed focus on single-use plastics.

Steve Toloken has a roundup of some of the twists and turns when it comes to bag bans, while Matt Seaholm of the American Recyclable Plastic Bag Alliance writes about plastics in the political spotlight.

“It is important to remember that the plastics industry and these activist groups share the same goal of making sure plastic waste doesn’t end up in the environment. But too long have these organizations posed the false binary choice of, ‘Either you’re for plastic bans or you don’t care about the environment.’ There is so much middle ground that can be found,” Seaholm writes.

Don’t expect things to quiet down soon. Last week, Dow Inc. announced it was leaving the Plastics Industry Association. It didn’t say why, but the decision comes on the heels of high-profile exits from major consumer brands including Coca-Cola Co. and PepsiCo Inc., which faced pressure from environmental groups to cut ties. Dow said only that it would “seek to focus our time and investments with a variety of other plastics industry supply chain relationships.”

The list of events canceled due to COVID-19 is stretching into the fall.

The International Association of Plastics Distribution announced June 29 that it wouldn’t hold the 2020 IAPD Annual Convention, which had been set for Oct. 26-29.

“This was not an easy call to make, but the health and safety of our members and everyone in the performance plastics industry remains our top priority,” the group announced, adding it was “exploring options” for some online education programs for its members.

Beyond any issues about halting any spread of the virus, IAPD members likely are swamped with work currently, since many of the members are involved in fabricating sheet used for protective shields in businesses, offices and schools.